Dave Foley net worth: Dave Foley is a Canadian comedian, actor, writer, producer and director who has a net worth of -$500 thousand dollars. Dave Foley was born in 1963 in Etobicoke, Ontario, Canada. He dropped out of high school to pursue a career in standup comedy. He started with improv classes at Toronto's Second City. At Second City, he met Kevin McDonald. They soon formed their improv troupe "The Kids in the Hall". In 1989, "The Kids in the Hall" debuted on television and ran until the end of the 1994 season. Dave then made the jump to network television when "News Radio" creator Paul Simms wrote the role of Dave Nelson specifically for Foley, as he was a huge fan of his work. Foley's character on "News Radio" was based on Foley in real life and his quirks such as his coffee addiction and love of the show "Green Acres". "News Radio" ran from 1995-1999. Foley has been a guest star on many television shows including "Desperate Housewives", Grounded for Life", "Joey", "Just Shoot Me!", "Las Vegas", "MADtv", "Scrubs", "South Park", "The King of Queens", "The New Adventures of Old Christine", "Brothers & Sisters", "Will & Grace" and "Hot in Cleveland". He also frequently appears on "The Late Late Show with Craig Ferguson".

Financial Problems and Divorce Settlement:
Over the years, Dave has been vocal about the financial nightmare he currently lives in as a result of his first marriage. Foley was married to humor columnist Tabatha Southey from 1991-1997. They have two children together, born in 1991 and 1995. When they separated, Dave was at the peak of his career earning approximately $1 million a year. During the time of their separation and finalized divorce, Dave's income dropped dramatically mainly because News Radio had been cancelled. He subsequently failed to land another network TV job.

Despite the fact that his income had reportedly dropped by 90%, a Canadian judge determined that Dave was still obligated to keep his children and ex-wife living at the previous level they were accustomed to. The resulting judgement required that Dave pay his ex-wife $17,000 a month until their children are 18. And if the kids decide to attend college, the obligation extends until they are 22. For Dave, $17,000 is roughly four times what he earns every month today. To make matters worse, in order to have $17,000 a month after taxes and fees, technically Dave has to earn approximately $40,000 per month. Because of this nightmare scenario, Dave is more than $500,000 behind on his payments and subsequently he could be jailed for six months if he steps foot in Canada (where his children live). 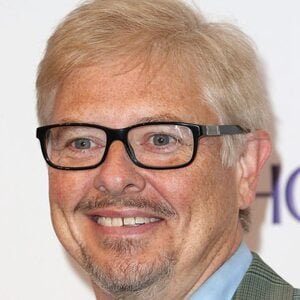