Dave Clark net worth: Dave Clark is an English musician, songwriter, and record producer who has a net worth of $30 million. He was the leader and drummer of the 1960's musical group, The Dave Clark Five, which is considered the first British Invasion band to make it big in America following The Beatles.

In 2008, The Dave Clark Five were inducted into the Rock and Roll Hall of Fame, and today, Dave Clark and Lenny Davidson remain the last surviving members of the band. Dave Clark was born in Tottenham, North London and at the age of 15, left school without qualifications to become a film stuntman. He performed in over 40 films before teaching himself how to play drums and forming a skiffle band to raise funds so that his football team could travel to the Neatherlands. This skiffle band grew into The Dave Clark Five, and grew in popularity across the United Kingdom. The band made headlines when they unseated The Beatles hit, "I Want To Hold Your Hand," from its number one spot on the British charts with The Dave Clark Band hit, "Glad All Over. In 1964, they achieved 15 consecutive Top 20 hits in the United States, and also appeared on The Ed Sullivan Show more times than any other English group. The band broke up in the 1970s, but by 1986 Clark became a household name again for writing a science fiction stage musical called "Time", that played in London's West End for two years. Clark went on to become a successful entrepreneur and a multi-millionaire and made millions from owning all of the rights to The Dave Clark Five music; he also owns the rights to all the episodes of the 1960s musical show, Ready Steady Go! Clark has never married but was romantically involved with television presenter, Cathy McGowan, at one time.

He was a close friend of Freddie Mercury, who he became friend with in 1975, and took over the bedside care of Mercury when he died in November of 1991. 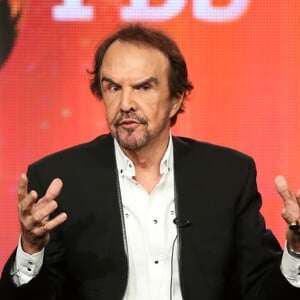