Dave Annable is an American actor who has a net worth of $1.5 million. Dave Annable has earned his net worth from his portrayal as Justin Walker on the television drama series Brothers & Sisters. Annable played the role of Justin from 2006 until 2011. Dave has been cast to play Henry Miller on ABC's new show 666 Park Avenue an American drama series created and produced by David Wilcox.

666 Park Avenue is set to premiere on September 30, 2012. Dave was born on September 15, 1979 in Suffem, New York, he was raised in the small town of Walden. He was active in sports playing baseball, rugby and hockey, he graduated from Valley Central High School in 1997. He became involved with the student-ran TV station Plattsburgh State Television (PSTV) while attending the State University of New York at Plattsburgh (SUNY Plattsburgh). At PSTV Annable contributed to both the production behind the scenes as well as on air. He was the host of Late Night with Dave Annable, Cardinal Sports, and The Roommate Game. After he left SUNY Plattsburgh he attended the Neighborhood Playhouse in New York where he studied acting with Richard Pinter. His acting debut was on an episode of the NBC Crime Drama television series Third Watch in 2002. He has appeared in several television commercials for such popular products as, Mountain Dew, Starburst and Abercrombie and Finch. He appeared in two 2004 films Little Black Book and Spellbound. According to People magazine Annable was ranked number 7 on the list of Sexiest Men Alive in 2007. On October 10, 2010 Dave married actress Odette Yustman. 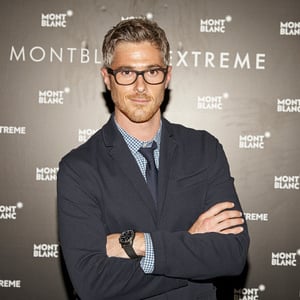