How much is Dash Mihok Worth?

Dash Mihok net worth: Dash Mihok is an American actor who has a net worth of $3 million. Dash Mihok was born in New York City, New York in May 1974. From 1966 to 1967 he starred as Joey Caraldo on the television series Pearl. Mihok had a recurring role as Lynn McKennan on the TV series Felicity in 1999. In 2012 he starred as Pete on the series Greetings from Home. One of his best known roles has come starring as Bunchy Donovan on the television series Ray Donovan starting in 2013. As of this writing he has appeared in 66 episodes of the Showtime series. He has also appeared in several films including Sleepers, Romeo + Juliet, The Thin Red Line, The Perfect Storm, The Guru, Connie and Carla, The Day After Tomorrow, Kiss Kiss Bang Bang, I Am Legend, Punisher: War Zone, Silver Linings Playbook, and more. Dash Mihok won a Satellite Award for Outstanding Motion Picture Ensemble for The Thin Red Line in 1999. 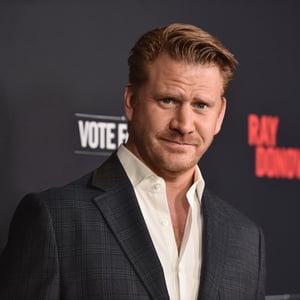