What is Daryl Mitchell's Net Worth and Salary?

Daryl Mitchell is an American actor who has a net worth of $5 million. Daryl is probably best-known for starring in "NCIS: New Orleans." As of this writing, Daryl has appeared in more than 140 episodes of the series.

Daryl Mitchell was born in The Bronx, New York in July 1965.  Daryl's entertainment career started in the 1980s when he was a member of a hip hop group called Groove B. Chill. He also acted around this time, appearing appeared in several episodes of the TV series "The Cosby Show" between 1985 and 1991.

One of his best known roles came starring as Dexter Walker in "The John Larroquette Show" from 1993 to 1996. Another of his well-known roles came starring as Leo Michaels in the TV series "Veronica's Closet" from 1997 to 2000. Mitchell is also known for starring as Eli Goggins in the series "Ed" from 2002 to 2004 and as "Chill" Trainor in the series "Brothers" in 2009. Mitchell won an Image Award in 2010 for Outstanding Actor in a Comedy Series for Brothers.

In 2014 Daryl Mitchell began starring in the TV sears "NCIS: New Orleans." He was a main cast member for seasons 2-7, appearing in 143 episodes of the series until the show's conclusion in May 2021.

In 2018 he began appearing as a recurring cast member on "Fear the Walking Dead." As of this writing he has appeared in 15 episodes of the series.

In 2020 he voiced the character of Chipsy White on "F is for Family."

Throughout his career Mitchell has continued to appear in films. Some of his notable films include: 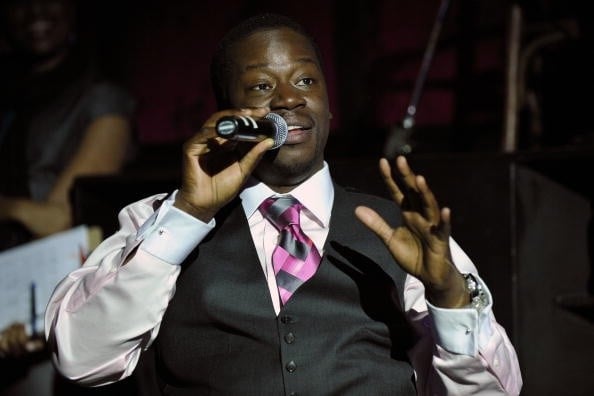 Daryl has been married to his wife Carol since 1998. They have three children and reside in suburban Atlanta.

On November 10, 2002, Daryl was in a motorcycle accident in South Carolina. He turned a corner and lost control of the bike after driving over gravel and loose pavement. He subsequently was in a coma for five full days. Since that accident, Daryl has been paralyzed from the waist down.

He eventually launched the Daryl Mitchell Foundation to raise awareness and funds to support people suffering with spinal cord injuries. He also serves as the Minority Outreach spokesperson for the Christopher and Dana Reeve Foundation in addition to being an advocate for actors with disabilities.