What is Daryl Hannah's Net Worth?

Daryl Hannah is an American Actress who has a net worth of $20 million. Daryl Hannah is best known for her roles in early 1980's hit films such as "Blade Runner," "Splash," "Roxanne," and "Steel Magnolias."

Daryl Christine Hannah was born in Chicago, Illinois on December 3rd, 1960. Her mother, Susan Jeanne Metzger, was a schoolteacher then film producer of German heritage. Her father, Donald Hannah worked for a tugboat and barge company and was of Scottish and Irish ancestry. Her parents had Daryl and another daughter Page together, but they ultimately divorced. Her mother went on to marry Jerrold Wexler in 1969. Wexler was a successful financier of commercial real estate, and his, brother Haskell Wexler, was a heralded cinematographer as well as film director and producer. Hannah was raised Roman Catholic and grew up in a suburb outside of Chicago with her younger sister Page and stepsiblings Don and Tanya Wexler.

She described her childhood as lonely, and she was emotionally instable throughout her adolescence. Shy as a child, it would remain a quality of hers despite her career in the spotlight. As a child, she struggled in school and has since stated that she suffered from Asperger's Syndrome growing up. Due to her emotional issues, her mother took her to live in Jamaica for a brief time. Upon her return, she was enrolled in Francis W. Parker School, an elite and expensive college prep school in Chicago. She played on the soccer team, and she became more emotionally stable over her high school years. She went to college at the University of Southern California's School of Theatre and studied ballet and acting.

Hannah's acting debut was a small part in the 1978 horror film "The Fury," which was a box office success. She had another minor role in the 1981 drama "Hard Country," which starred Michael Kane and Kim Basinger. Her breakout role came in 1982 with the release of Blade Runner. She plays the role of Pris, the replicant android who wants to be like a human, alongside Harrison Ford and Sean Young. In the course of filming, Hannah got into a minor on set accident and crashed a car into one that was parked. The actress walked away with an injured elbow but was largely fine. The film won and was nominated for numerous awards, including two Oscar nominations. In 1984, she saw major success with her leading role opposite Tom Hanks in the romantic comedy Splash. It was nominated for an Academy Award and an Oscar. She went on to star in the 1986 science fiction film "The Clan of the Cave Bear," in which she played a Cro-Magnon woman being raised by Neanderthals. It was a box office flop but was nominated for an Oscar in the special effect's category. Also in 1986, she starred in the box office hit "Leagle Eagles" with Robert Redford and James Hurdle. She won a Razzie award for her part in the award-winning film "Wallstreet." In 1987, she played the lead role opposite Steve Martin in Fred Schepisi's popular romantic comedy "Roxanne."

The 80s ended well for Hannah. In 1989, she starred in the Woody Allen's "Crimes and Misdemeanors," which was critically acclaimed, and she played in the popular film "Steel Magnolias." The nineties marked a quieter decade for Hannah. She had roles in both of the early nineties "Grumpy Old Men" comedies. In 1995, she starred in the HBO comedy movie "Attack of The Fifty-Foot Woman" and the thriller "The Tie That Binds." Hannah began the decade with a prominent role in Quentin Tarantino's hit "Kill Bill" series. While the 2000s were still slow for Hannah, she picked up more roles than in the previous decade. After "Kill Bill" she had supporting roles in feature films such as "A Walk to Remember," "Silver City," "Dancing at the Blue Iguana," and "Norfolk." 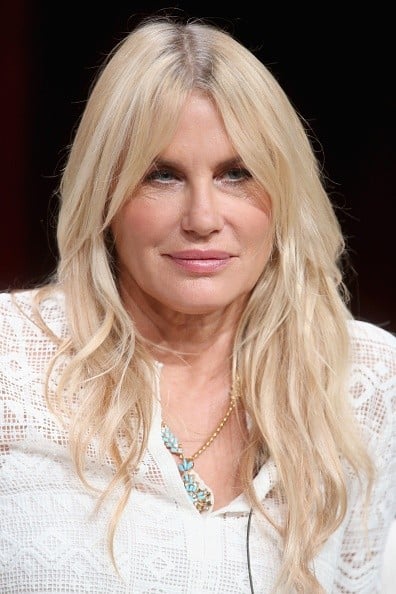 Hannah also tried her hand at theatre and played Marilyn Monroe in "The Seven Year Itch" in 2000 which showed in London's West End Theatre. Her rendition of Monroe was praised by critics. In addition to theatre, Hannah has experience as a film director and producer. The first work she wrote, directed, and produced was a political comedy short film titled, "The Last Supper," which was released in 1995. She also wrote, directed, and produced a short documentary film, "Strip Notes." The short was inspired by her experience filming "Dancing at the Blue Iguana," which followed a group of striptease performers. In 2019, she began working on research for a documentary on human trafficking.

Hannah is a dedicated human and animal rights activist who has given prominent speeches at the UN Climate Change Summit, UN Global Business Conference on the environment, Natural and Organic Products Expo, and numerous other activism related academic and political events over the years. She frequently writes on the topics of sustainability, environmentalism, and self-sufficiency for magazines and blog sites. Hannah is on the board of the Mission Blue, Eco America, Environmental Media Association (EMA), the Action Sports Environmental Coalition. She uses her social media platforms to spread awareness about climate policy action, environmental news, eco-friendly lifestyle tips, and vegetarian recipes. She has been arrested numerous times since the 2000s for activism and protest reasons. In 2012 and 2013, she was arrested for blocking construction workers at a protest for the Keystone oil pipeline, and in the latter arrest, Sean Hannity paid for her bail. The two had previously sparred over the issue with Hannity saying, "I don't believe that this global warming nonsense is real."

Hannah had relationships with Jackson Brown as well as John Kennedy Jr. She began dating singer Neil Young in 2014, and they married in 2018. She was among one of the numerous women to accuse Harvey Weinstein of sexual misconduct and abuse. 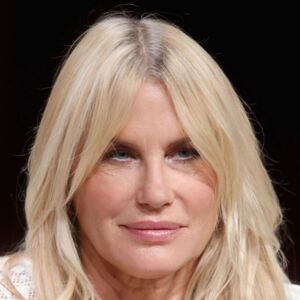