Darryl M. Bell net worth: Darryl M. Bell is an American actor who has a net worth of $6 million. That is a combined net worth with his partner of many years, actress Tempestt Bledsoe who starred in the television series The Cosby Show. The two have been in a relationship since 1993. Darryl and Tempestt both appeared on the Fox reality TV series Househusbands of Hollywood in 2009.

Darryl M. Bell was born in Chicago, Illinois in May 1963. From 1987 to 1993 Bell starred as Ronald "Ron" Johnson on the series A Different World. From 1996 to 1997 he starred as Morris Clay in the television series Homeboys in Outer Space. In 1997 Bell had a recurring role as Julius in the TV series Cosby. He has starred in the movies School Daze, Mr. Write, New Jersey Turnpikes, Brother, and The Dark Party. Bell has also appeared in episodes of the TV series Black Scorpion, Living Single, and For Your Love. 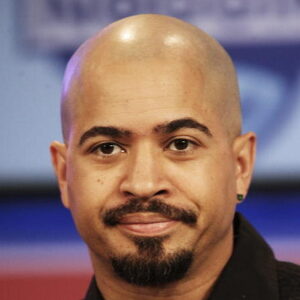