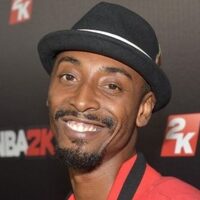 Darris Love net worth: Darris Love is an American actor who has a net worth of $500 thousand. Darris Love was born in Los Angeles, California in April 1980. He is best known for playing the role of Raymond "Ray" Alvarado on the Nickelodeon television series The Secret World of Alex Mack. He starred in that role from 1994 to 1998. Love has also had recurring roles on the TV series Sister, Sister in 1998, Undressed in 2000, Angel in 2001, and CSI: Crime Scene Investigation in 2007. He has starred in the movies Shrunken Heads, Gang Tapes, Waist Deep, Urban Decay, I Tried, Bald, Single Black Female, The Janky Promoters, Nobody Smiling, and Forgiveness. Love has also appeared in episodes of the TV series Buffy the Vampire Slayer, City of Angels, NYPD Blue, The District, Scare Tactics, The Shield, Without a Trace, ER, and Shameless. In 1997 he was nominated for a Young Artist Award for Best Performance in a Drama Series – Young Actor. Love has also starred in music videos for Janet Jackson and Monica.