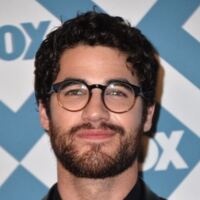 What is Darren Criss' Net Worth?

Darren Criss is an American actor, singer-songwriter, musician and, composer who has a net worth of $5 million. Although Criss is perhaps best known for starring in the television series "Glee," he has since gone on to appear in a wide range of additional projects. These include Broadway productions, films, and television series. Outside of acting, Criss is a talented and established musician with several recordings – both as a solo artist and with his band.

Darren Criss' entertainment career began in 2010 when he booked his first major acting role in "Glee." He then went on to found a musical theater company and released an original album which charted surprisingly well. Darren later starred in the second installment of "American Crime Story," playing killer Andrew Cunanan. This earned him an Emmy for Outstanding Lead Actor in a Limited Series or Movie and a Golden Globe Award for Best Actor – Miniseries or Television Film.

Darren Everett Criss was born on February 5th of 1987 in San Francisco. His father is an investor and well-known patron of the arts, and his mother is a native of Cebu, Phillippines with Chinese, Filipino, and Spanish heritage. His father is a native of Pittsburgh and has European descent. This makes Criss a Eurasian, meaning that he was the first Asian American actor to win an Emmy for acting in 2020 for "American Crime Story."

In 1988, his family relocated to Honolulu, Hawaii, where Darren lived for four years. He then relocated back to San Francisco, where he attended various Roman Catholic schools. After graduating, he attended the University of Michigan. He then graduated with a Bachelor of Fine Arts in 2009, having majored in theatre performance and minored in Musicology and Italian.

From a very early age, Criss displayed a strong interest in the arts. He started playing violin lessons at age five, and these lessons continued for the next 15 years. During this period, he also learned how to play the piano, the guitar, the mandolin, the harmonica, and the drums. During his high school years, he became the concertmaster of his school orchestra and created his own band. At the age of 15, he began studying music composition and wrote his own songs.

He proved to be equally proficient in the performing arts. By the age of 10, he had been accepted into the American Conservatory Theater. During his high school years, he performed in many school plays. While attending the University of Michigan, he became heavily involved in a student-run theatre organization as both an actor and a director. He also spent one summer studying Italian theatre in Arezzo, Italy during his college years.

Darren began his acting career on stage. At the age of 10, he booked a role in a production of "Fanny." Further appearances followed with productions of plays like "Do I Hear a Waltz?" and "Babes in Arms." During his teen years, he followed up with roles in plays like "A Midsummer Night's Dream." During his college years, Criss appeared in plays like "A Few Good Men" and "Pride and Prejudice."

After graduating from university, Darren and his friends founded StarKid Productions, a musical theatre company. The company then went on to produce musical comedies like "A Very Potter Musical," "A Very Potter Sequel," and "A Very Potter Senior Year." In all of these productions, Darren Criss played the role of Harry Potter and co-wrote the music and lyrics. These plays were initially performed at the University of Michigan campus, although recordings were later published online. These recordings have since amassed millions of views on YouTube. 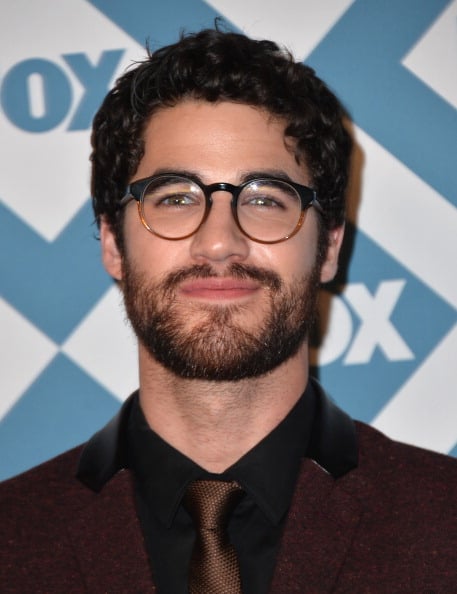 Criss then started to appear in a number of television shows, starting with "Eastwick" in 2009. He followed up with an appearance in an episode of "Cold Case" before making his breakthrough in the second season of "Glee" in 2010. Criss played the character Blaine Anderson in the series, who became a major talking point as the series progressed. During this time, Criss also made his Broadway debut during this period, first appearing in "How to Succeed in Business Without Really Trying" in 2012. He later followed up with another Broadway role in "Hedwig and the Angry Inch," which later toured San Francisco and Los Angeles.

In 2012, Criss also made his film debut in the comedy "Girl Most Likely," which premiered at the Toronto International Film Festival. This film also starred Kristen Wiig and Matt Dillon. In 2017, he returned to the world of television to play serial killer Andrew Cunanan in the second installment of "American Crime Story." He received widespread acclaim for his performance and won a number of awards. In 2019, he joined the cast of "Royalties," and it was also announced that he would be joining the cast of a Netflix series called "Hollywood."

Outside of his acting career, Darren has been steadily pursuing a music career. He started with an EP called "Human," which was released in 2010. This "soul-folk" album received a decent reception, and he later signed with Sony Music Entertainment.

In 2019, it was reported that Criss had purchased a home in Hollywood Hills, California for $3.025 million. The home spans 4,700 feet and features three bedrooms, fortified gates, and blonde floors. Outside, there is a yard with a play structure, a swimming pool, and a spa. Previously, Darren had owned a 1,700-square-foot bungalow in Los Feliz, which he purchased for $1.2 million in 2012. This residence also featured three bedrooms and a swimming pool. In 2020, Criss listed this "starter home" for $1.697 million.