Daren Kagasoff net worth and salary: Daren Kagasoff is an American actor who has a net worth of $2 million. Daren Kagasoff was born on September 16, 1987 in California to a wholesale diamond dealer and a designer. He has an older brother, Justin, and a younger sister, Natalie. He attended Montclair Prep for high school where he played on the school's baseball team.

At Montclair Prep, Daren's best friend was entrepreneur Saachi Cywinski. After deciding to be an actor Darren got the part of Tim, an alcoholic slacker, in the Whitmore-Lindley Theatre Center production of suburbia. After finishing acting lessons, he began auditioning for television and film roles. After his first audition, he was hand-picked by Brenda Hampton to star as Ricky Underwood in the ABC Family television series, The Secret Life of the American Teenager which ran from 2008-2013. This show was a dramatic series that revolved around the unplanned pregnancy of a high school teen. Viewers would have never guessed it was his first major acting role but Darren played his character with a vulnerability and gritty realism that won him both critical and commercial praise, as well as a nomination at the 2009 Teen Choice Awards for Choice TV: Breakout Star Male. He was often compared to Luke Perry's role in 90210. Darren has said he'd like to appear in more movies and plays as his career progresses. In his spare time he enjoys golfing and playing with his dog Lacey. In an interview in an edition of Teen Vogue Darren talks about how he would love to emulate Emile Hirsch's career, and says he would like to follow the careers of actors close to his young age. 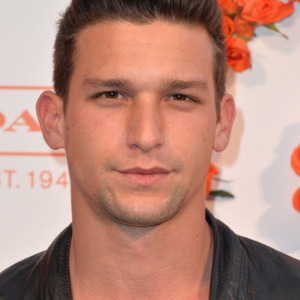