Darcey Bussell net worth: Darcey Bussell is an English retired ballerina who has a net worth of $10 million. Darcey Bussell was born in London, England in April 1969. She trained at the Arts Educational School and the Royal Ballet School. Bussell started her professional ballet career with Sadlers Wells Royal Ballet and then became a principal dancer for The Royal Ballet at just 20 years old. Darcey is widely regarded as one of the greatest British ballerinas. She stayed with The Royal Ballet through her entire professional career while also performed as a guest artist for many leading ballet companies such as the Kirov, NYCB, the Australian Ballet, and Hamburg Ballet. Bussell retired from ballet in 2007 but is still involved in the world of dance. She was named President of the Royal Academy of Dance in 2012 and also serves as the Patron of the Sydney Dance Company, the Du Boisson Foundation, and is the President of the Birmingham Royal ballet's fund raising appeal. Darcey is a patron of the Cecchetti UK, the International Dance Teachers Association, Cecchetti Australia, the New English Ballet Theatre, and the Dance Teachers' Benevolent Fund UK. She joined the judging panel of BBC's Strictly Come Dancing in 2012. Bussell received a Gold Medal from the John F. Kennedy Center for the Performing Arts. In November 2014 Bussell helped Strictly contestant Mark Wright overcome his nerves before dancing. 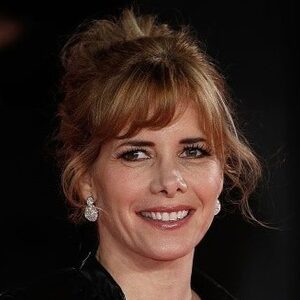