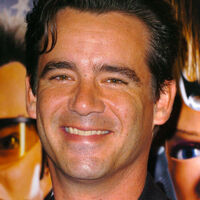 Daran Norris net worth: Daran Norris is an American actor and voice actor who has a net worth of $800 thousand. Daran Norris was born in Ferndale, Washington in November 1964. He has more than 250 acting credits to his name including several video games and anime series. Norris starred in the television series Ned's Declassified School Survival Guide as Gordy Cosmo from 2004 to 2007. He starred as Cliff McCormack in the TV series Veronica Mars from 2004 to 2007. From 2009 to 2013 he starred as Buddha Bob in the series Big Time Rush.  Norris has provided voice work for several TV series including Time Squad, The Fairly OddParents, Samurai Jack, The Powerpuff Girls, Star Wars: Clone Wars, American Dad!, and more. In 2014 Norris won a Behind the Voice Actors Award for Transformers Prime Beast Hunters: Predacons Rising.