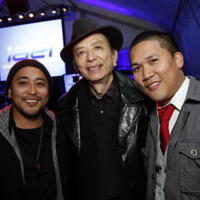 Dante Basco Net Worth: Dante Basco is an American actor, voice actor, poet, and dancer who has a net worth of $500 thousand dollars. Dante Basco was born on August 29, 1975 in Pittsburg, California and was raised in Cerritos and Paramount, California. His is of Filipino American descent. He attended Southern California's prestigious Orange County High School of the Arts. He is probably best known for playing the role of Rufio in the 1991 live-action Peter Pan film "Hook". He is also notable for voicing Zuko in the Nickelodeon series "Avatar: The Last Airbender", and Jake Long from the Disney series "American Dragon: Jake Long".. He had guest roles on television shows "The Fresh Prince of Bel-Air" and "Hangin' with Mr. Cooper", and had a recurring role on "Moesha". After portraying characters of various Asian ethnicities except his own, he portrayed a Filipino-American alongside his three brothers and sister in the independent film "The Debut". He and his brothers starred in the sitcom "Naked Brown Men". He played a gay teenager in the 1999 film "But I'm A Cheerleader". He starred as breakdancer Ramos in the 2006 film "Take the Lead" alongside Antonio Banderas. In many films he hip-hop dances. He also danced in a Verizon Wireless commercial, as well as rapping and breaking in a Sprite commercial.