Danny Woodburn net worth: Danny Woodburn is an American actor and comedian who has a net worth of $2 million. Danny Woodburn was born in Philadelphia, Pennsylvania in July 1964. He is an advocate for disabled and little people issues and serves on the Screen Actors Guild Performers with Disabilities Committee. He is best known for his recurring role as Mickey in the television series Seinfeld from 1994 to 1998.

Woodburn starred as Otli in the TV series Conan from 1997 to 1998. From 2001 to 2002 he starred as Carl the Gnome in the series Special Unit 2. Woodburn starred as Demon in the television series Passions from 2007 to 2008. From 2012 to 2014 he starred as Mr. Poulos in the TV series Crash & Bernstein. He has starred in the movies The Flintstones in Viva Rock Vegas, Death to Smoochy, Mirror Mirror, and Teenage Mutant Ninja Turtles. Woodburn also starred in a series of commercials for Burger King. 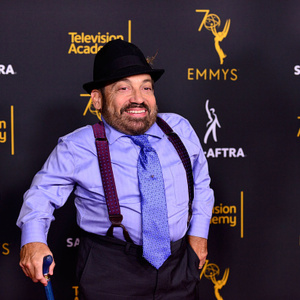