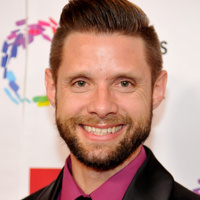 Danny Pintauro net worth: Danny Pintauro is an American actor who has a net worth of $600 thousand. He is best known for playing Jonathan Bower on Who's the Boss?, and for his role in the 1983 film, Cujo. Pintuaro was born on January 6, 1978 in Milltown, New Jersey. He started acting in 1982 in television programs like As the World Turns, Highway to Heaven, and Who's the Boss? He also appeared in films including Cujo (1983), The Beniker Gang (1985) and Timestalkers (1987). In 1994, he took time off from acting to focus on his education. In 2001, he graduated from Stanford University with a major in English and Theater. In 1997, he revealed that he was gay in an interview with the National Enquirer. In April 2013, he was engaged to his boyfriend, Will Tabares. Tabares popped the question on a trip to Palm Springs; the trip marked the one-year anniversary of their relationship. The couple married in April 2014 in Dana Point, California surrounded by friends and family. They were touched that they were able to legally marry now that Proposition 8 had been struck down in California, and reflected on the day's events with joy and love. Tabares and Pintauro live in Las Vegas where Pintauro manages a PF Chang's and Tabares works as an entertainer at the Cosmopolitan casino. In September 2015, Danny revealed that he has been HIV positive for 12 years.