Danny Pino net worth: Danny Pino is an American actor who has a net worth of $3 million. Danny Pino was born in Hialeah Gardens, Florida. Pino graduated from Miami Coral Park High School and Florida International University. He began his professional career onstage, appearing opposite Madonna in the West End production of "Up for Grabs", and a year later, starred in the television film, "Lucy: The Lucille Ball Story", as Desi Arnaz. He first became a household name appearing as Armadillo Quintero in the popular series, "The Shield".

He subsequently co-starred in the series, "Cold Case" for seven seasons, and guest starred on various other shows, including "CSI: NY" and "Burn Notice". He has also appeared in such films as "Between", "The Lost City", "Flicka", and "The Burning Plain". He recently joined the cast of "Law and Order: Special Victims Unit", and is next slated to appear in the television movie "Special Investigations L.A." and the film, "The Book of Matthew".

Danny Pino Salary
What is Danny Pino's salary per episode of Law and Order SVU? $75,000 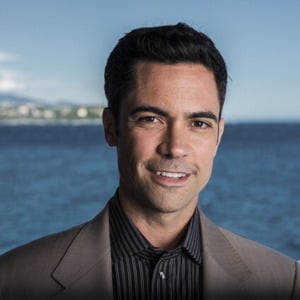