Danny Nucci net worth and salary: Danny Nucci is an American actor who has a net worth of $2 million. Danny Nucci was born in Klagenfurt, Austria in September 1968. He was raised in Italy and moved to the United States at seven years old. Nucci has more than 90 acting credits to his name.

From 1988 to 1989 he starred as Gabriel Ortega on the television series Falcon Crest. Danny Nucci starred as Emmanuel "Manny" Lott on the TV series Snoops from 1999 to 2000 and in 2001 he starred as Frankie Zito on the series Some of My Best Friends.  From 2003 to 2004 he starred as Deputy Rico Amonte on the television series 10-8: Officers on Duty. Nucci began starring as Mike Foster on the TV series The Fosters in 2013. He has also had recurring roles on the TV series The Booth at the End and Castle. Nucci has starred in several films including The Rock, Eraser, Titanic, World Trade Center, and more. In 1998 he was nominated for a Screen Actors Guild Award in and in 2005 he won an award for American Cousins at the Monaco International Film Festival. 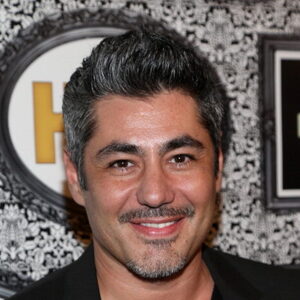