Danny McBride net worth: Danny McBride is a multi-talented American actor, comedian, screenwriter, director, and producer who has a net worth of $25 million. He is best known for co-creating and starring in "Eastbound & Down" and "Vice Principals." McBride has also appeared in "Pineapple Express," "Tropic Thunder," and "Up in the Air," to name just a few of his credits.

Early Life: Daniel Richard "Danny" McBride was born on December 29, 1976, in Statesboro, Georgia. He was raised mostly in Virginia.  His parents went to Georgia Southern in Statesboro and he was born when they were juniors in college. The young family lived in Statesboro until his parents finished school and then moved to California for a little bit. His family moved to Burke, Virginia when he was in first grade, then about a year later they moved to Fredericksburg, which is where he grew up. His parents divorced when Danny was in sixth grade. Danny was a shy child who didn't like a lot of attention on him. In fact, he stopped wearing his favorite cowboy boots because they attracted too much attention. He's been obsessed with films since childhood and knew early on he wanted to go to film school. He started making films in his backyard in sixth grade. He graduated from Courtland High School and the University of North Carolina School of the Arts. In college, he became one of the Three Flavas along with director Jody Hill and Kris Baucom.

Career: After he graduated from college in 1998, Danny moved to Los Angeles to try and launch a career in film. He didn't necessarily want to act, he wanted to write and direct. He worked as a waiter and as the night manager of the Holiday Inn in Burbank until he was hired to be a cameraman for VH1's "Behind the Music" and the History Channel. Then, in 2003, he got a call from David Gordon Green, one of his college best friends. Green was shooting the indie film "All the Real Girls" and an actor had quit. McBride was the funniest guy Green knew, so he called him up and offered him the role. McBride quit his job and went to North Carolina to appear in the film. In 2006, Danny, Jody Hill, and Ben Best directed, and produced "The Foot Fist Way."  Danny starred as a delusional tae kwon do instructor whose life implodes after his wife has an affair with her boss. It was a hit at the Sundance Film Festival in 2006. Will Ferrell and Adam McKay's production company bought the film.

McBride, Hill, and Best wrote the HBO series "Eastbound & Down." McBride starred as a washed-up former professional baseball player with anger management problems named Kenny Powers. The show ran for four seasons with 29 episodes. McBride also starred in the HBO comedy series "Vice Principals" from 2016 to 2017. McBride participated in a teaser campaign for a movie supposedly called "Dundee: The Son of a Legend Returns Home." The trailer for the film positioned it as a sequel to the "Crocodile Dundee" films. A number of Australian actors including Hugh Jackman and Chris Hemsworth took part in it. It turned out to be a hoax and the so-called trailers were really part of a Super Bowl commercial for Tourism Australia. 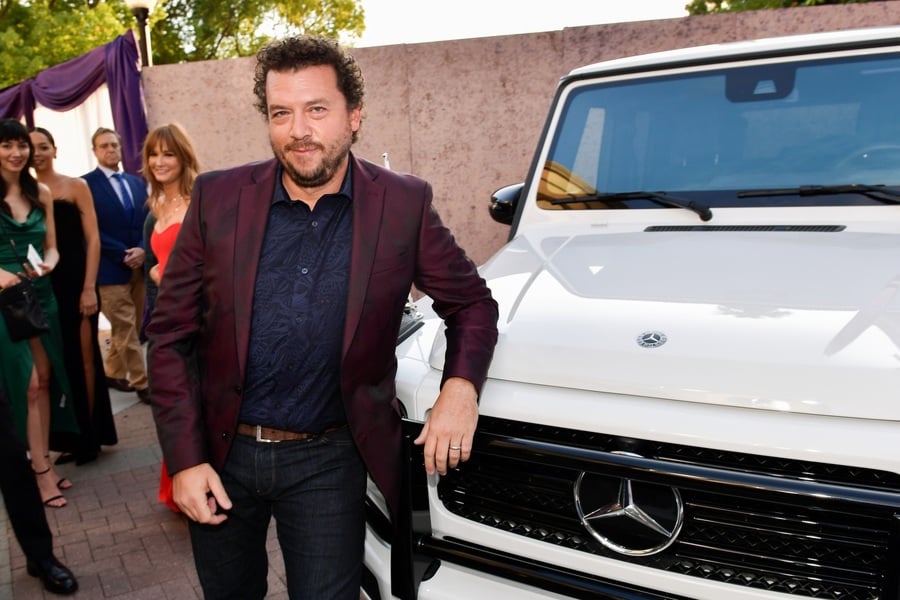 In late 2018, HBO ordered "The Righteous Gemstones"  a new show from McBride.  The comedy series is about a world-famous televangelist family with a long tradition of deviance, greed, and charitable work. Danny has also starred in a number of big-budget films including "Hot Rod," "The Heartbreak Kid," "Superbad,"  "This is the End,"  "Despicable Me," "Alien Covenant," and many more.

Personal Life: In early 2002, McBride went to a Super Bowl party. He met Gia Ruiz there. He was just about to move from Los Angeles to North Carolina. They started dating and she decided to drive east with him and then fly back home to Los Angeles and her job as an art director. Somewhere near Zion National Park in Utah, the then-new couple ate some magic mushrooms and flipped out. McBride had a breakthrough in his drug-induced state that convinced him he should not relocate to North Carolina, he should stay in L.A. with Gia. They married on October 15, 2000. They have two kids.

Danny McBride Salary: What is Danny McBride's salary? $100,000 per episode of "Eastbound & Down."

Real Estate: In 2017, McBride sold his 4,000 square foot gated compound in the Hollywood Hills for $3.5 million. He purchased it in 2013 for $2.3 million. The house features 18-foot ceilings, exposed beams, and a step-down library/den with a wall of built-ins. The center-island kitchen sits adjacent to a dining area, which flows into the living room. The house has three bedrooms and four bathrooms including a master suite with a private deck and an above-ground spa. Decking surrounds the swimming pool in the backyard. Today the home is owned by Swedish singer Tove Lo.

In September 2020 Danny put a Hollywood condo on the market for $1.85 million. He bought the house over a decade earlier for $1.4 million.

In 2017 Danny paid $4 million for a creek-front home not far from Charleston, South Carolina. 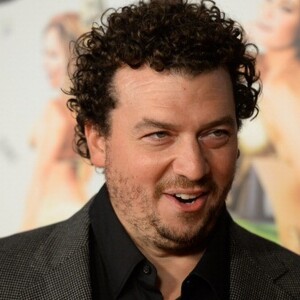