Danny Huston Net Worth: Danny Huston is an American actor, writer, and director who has a net worth of $3 million dollars. Daniel Sallis Huston was born in Rome, Italy in May 1962. Danny's half-sister is actress Anjelica Huston. His first role came in the film The "Human" Factor in 1975.

Danny directed his first film Mr. North in 1988. His father John Huston produced the film. In the 1990s he appeared in the films Leaving Las Vegas, Anna Karenina, Spanish Fly, Susan's Plan, and Rockin' Good Times. Huston's breakout role came in the independent film Ivans Xtc. In 2000. He went on to star in the films 21 Grams, The Aviator, The Proposition, Marie Antoinette, Alpha Male, Children of Men, Fade to Black, The Kingdom, 30 Days of Night, X-Men Origins: Wolverine, Edge of Darkness, Clash of the Titans, Robin Hood, and Hitchcock. Huston has starred as Ben Diamond in the TV show Magic City and as The Axeman in American Horror Story. Danny has also directed the movies Becoming Colette, and The Maddening. He won a Satellite Award in 2005 and has been nominated for a Golden Globe and Screen Actors Guild Award. He has been married twice and has one daughter. 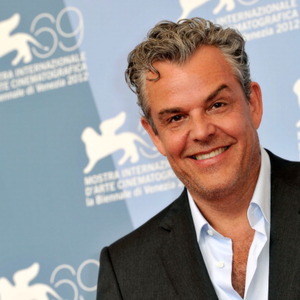