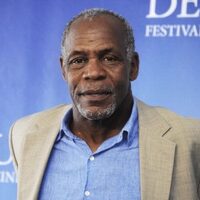 What is Danny Glover's Net Worth and Salary?

Danny Glover is an American actor, producer, director, and political activist who has a net worth of $40 million. A versatile actor, Danny Glover has played villains and heroes in all types of films. He is perhaps best known for co-starring with Mel Gibson in the "Lethal Weapon" film series.

Danny Glover was born July 22, 1946 in San Francisco, California, the son of Carrie Hunley and James Glover. His parents were both postal workers and active in the NAACP. Glover graduated from George Washington High School in San Francisco. He attended San Francisco State University but didn't graduate. The school later awarded him the Presidential Medal of SFU.

His first exposure to working in theater was with the American Conservatory Theater, a regional training program in San Francisco. Glover trained with Jean Shelton at the Shelton Actors Lab in San Francisco and, in an interview on "Inside the Actors Studio", he credited Jean Shelton for much of his development as an actor. Glover then resigned from his city administration job and soon began his career as a stage actor. He relocated to Los Angeles, where he would later go on to co-found the Robey Theatre Company with actor Ben Guillory in honor of actor and concert singer Paul Robeson (Los Angeles in 1994). Glover made his on-screen debut in "Escape to Alcatraz" in 1979. He followed it up with various small parts before landing the leading role of Albert Johnson in "The Color Purple" in 1985.

Glover became a household name when he was cast alongside Mel Gibson in the leading role of Sergeant Roger Murtaugh in the 1987 action film "Lethal Weapon." The film grossed over $120 million upon opening. It spawned three sequels over the next ten years, with Glover reprising his role of Murtaugh in each installment.

Glover furthered his recognition when he starred with Gary Busey in the blockbuster "Predator 2" in 1990. That same year, Glover won an Independent Spirit Award for Best Male Lead for his performance in Charles Burnett's "To Sleep with Anger." In 1994, he starred in "Angeles in the Outfield", as well as made his directorial debut with the Showtime channel short film "Override."

Starting in 1997, Glover under a production company banner of Carrie Films, Glover executive produced numerous films of first-time directors. In 2001, Glover was featured in Wes Anderson's "The Royal Tenenbaums" alongside Gwyneth Paltrow, Ben Stiller, and Owen Wilson.  He went on to appear as Detective David Tapp in 2004's low-budget horror flick "Saw," "Shooter" (2007), "Death at a Funeral" (2010), "Beyond the Lights" (2014), "Dirty Grandpa" (2016), and 2018's science-fiction comedy "Sorry to Bother You." In 2009, Glover performed in "The People Speak", a documentary feature film based on Howard Zinn's "A People's History of the United States."In 2019, he appeared in four films: "The Last Black Man in San Francisco," "Strive," "The Dead Don't Die," and "Jumanji: The Next Level."

Glover has also guest-starred in many television shows and made cameos as himself. He has also done voice work for many children's movies.

For the fourth installment of "Lethal Weapon" in 1998, Danny Glover was paid a salary of $7 million. After adjusting for inflation, that's the same as around $13 million in today's dollars. 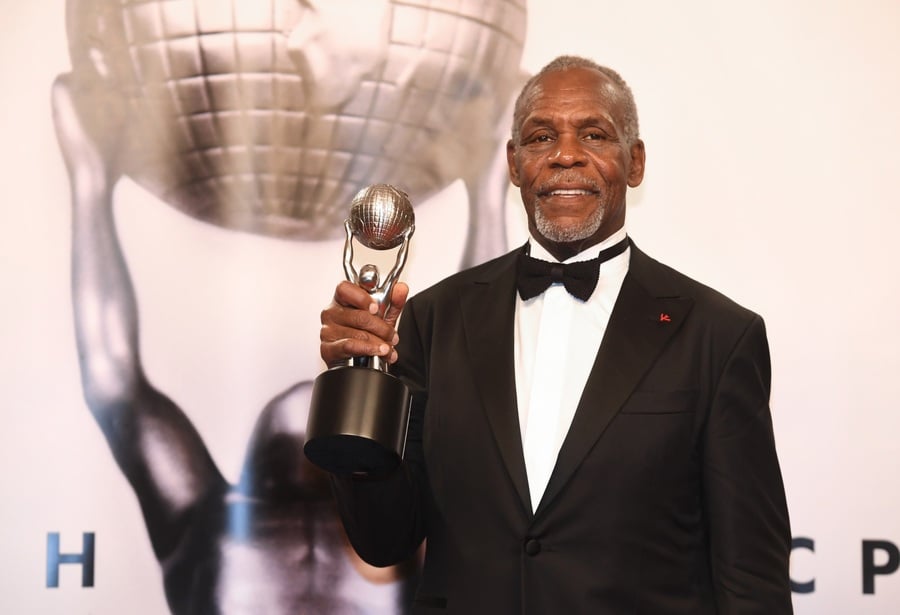 Danny Glover took an interest in activism early on, joining as a member of the Black Students' Union while attending San Francisco State University. The group collaborated with the Third World Liberation Front and the American Federation of Teachers to lead a five-month strike to establish a Department of Black Studies. This strike was the longest student walkout in U.S. history. It not only helped create the first Dept. of Black Studies but also the first School of Ethnic Studies in the U.S.

Glover is a co-chair of the Vanguard Public Foundation and a board member of the Algebra Project, the Black Aids Institute, Walden House, and Something Positive dance group founded by Cheryl Byron. He also supports United Farm Workers, UNITE HERE, and several service unions. A former cab driver, in 1999, Glover used his leverage to raise awareness about African Americans being passed over for white passengers. Rudy Giuliani launched Operation Refusal in response. Danny is a co-founder and CEO of Louverture Films, which is dedicated to the production of historically relevant films. The company released 2008's "Trouble the Water", a documentary about New Orleans in the aftermath of Hurricane Katrina.

Worldwide, Glover is an active board member of TransAfrica Forum. Glover actively led protests against the Iraq War in 2003.

Glover was arrested and charged with disorderly conduct and unlawful assembly during a protest over Sudan's humanitarian crisis in Darfur. On April 16, 2010, Glover was arrested in Maryland during a protest by SEIU workers for Sodexo's unfair and illegal treatment of workers. He was given a citation and later released. The Associated Press reported: "Glover and others stepped past yellow police tape and were asked to step back three times at Sodexo headquarters. When they refused, (Starks says) officers arrested them."

Glover delivered the commencement address and was awarded an honorary Doctorate degree from Utah State University. That same year, Starr King School for the Ministry awarded the Doctorate of Humane Letters to Glover for his activism and commitment to human and civil rights. In December 2016, Glover was awarded the Cuban National Medal of Friendship by the Cuban Council of State in a ceremony in Havana for his solidarity with the Cuban 5 during their incarceration in the U.S.

Danny Glover and Asake Bomani got married in 1975. Their daughter, Mandisa, was born in 1976. The couple parted ways and divorced in 2000. Glover was remarried to Elaine Cavalleiro in 2009. Glover bought a 6,000 square foot house in Dunthorpe, Oregon, in 1999, but he is no longer a resident of Oregon.