Danny Dyer Net Worth and salary: Danny Dyer is an English actor, media personality and chairman of a non-League football team who has a net worth of $5 million thousand. Born Daniel John Dyer on 24 July, 1977, in Canning Town, he is best remembered for his breakout appearance in the independent Brit-flick Human Traffic (1999). He was only 16 when Dyer first got discovered by a local school agent who auditioned him for the role of Martin Fletcher in the popular drama series Prime Suspect 3 (1993) along with Helen Mirren. He has since given many other notable performances in film, TV and theater. On TV, as Dyer's more remarkable turns can be pointed out those in the TV Shows Soldier (1991) and Thief Takers (1996). Following his breakthrough performance in Human Traffic (1999), Danny also made some other big screen turns in features like Goodbye Charlie Bright (2001), The Football Factory (2004) and The Business (2005). When it comes to Danny's stage appearances, they include turns in London and New York, most notably in plays by Harold Pinter: like the Celebration at the Almeida Theater and a revival of No Man's Land at the National Theater. In addition to the above, Danny also did voice-over work in 2002's best-selling video game, Grand Theft Auto: Vice City voicing Kent Paul, as well as in 2004's best-selling game, Grand Theft Auto: San Andreas. Put all of his acting-related duties aside, he chairs the non-League football team, Greenwich Borough. Today, Danny Dyer resides in Debden, Epping Forest, Essex together with his longtime girlfriend, Joanne Mas, and their daughters Dani and Sunnie. 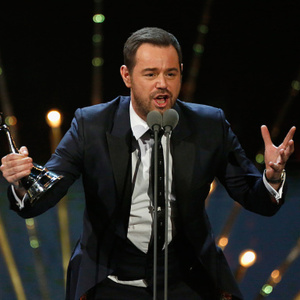