What is Danny DeVito's Net Worth and Salary?

Danny DeVito is an award-winning American actor, comedian, film director and producer who has a net worth of $80 million. He first gained attention for his portrayal of taxi dispatcher Louie De Palma on the television series "Taxi", for which he won a Golden Globe and an Emmy. He went on to become a major film star, known for film roles such as "Throw Momma from the Train", "One Flew Over the Cuckoo's Nest", "Terms of Endearment", "Romancing the Stone", "Twins", "Batman Returns", "Get Shorty" and "L.A. Confidential". He also stars on the FX comedy series "It's Always Sunny In Philadelphia".

Daniel Michael DeVito Jr. was born in Neptune Township, New Jersey, on November 17, 1944. He has multiple epiphyseal dysplasia (Fairbank's disease), a rare genetic disorder that affects bone growth, which accounts for his short stature (he is 4 feet, 10 inches tall). He has two older sisters, and was raised in Asbury Park, New Jersey. DeVito is of Italian descent, and was raised as a Catholic.

He attended boarding school, graduating from Oratory Preparatory School in Summit, New Jersey, in 1962. It was while there in high school that he first began acting, appearing in school productions of "St. Francis of Assisi" and "the Billion Dollar Saint." After graduating from high school, he began working at his sister's salon, which he thought was a good way to meet girls. After working there for 18 months, he decided to switch to the cosmetics profession, which was more lucrative. Thus, he applied to the American Academy of Dramatic Arts, and he was required to perform a monologue as part of his application. Following the positive feedback he received for his monologue, he quickly switched to study acting at the school instead, and graduated from the academy in 1966.

During his early days in acting, DeVito performed with the Colonnades Theater Lab at the Eugene O'Neill Theater Center in Waterford, Connecticut. He also appeared in plays produced by the Westbeth Playwrights Feminist Collective. 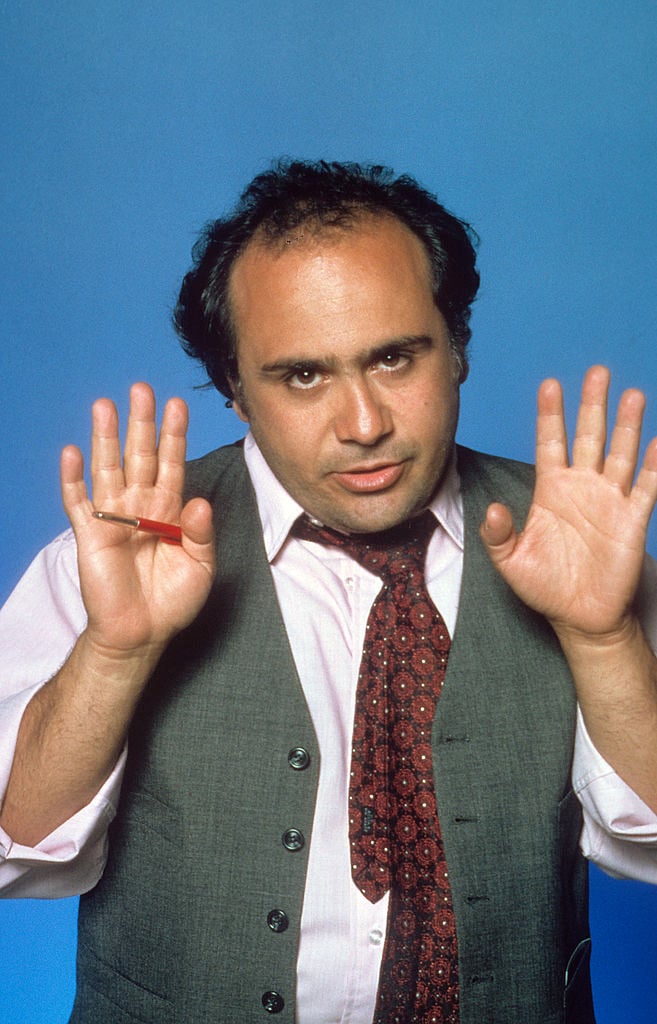 From theater, DeVito made the transition to working on screen with the 1975 film "One Flew Over the Cuckoo's Nest." He had initially starred in an off-Broadway production of the novel in 1971, which helped him land the film role. The 1975 film version was highly successful, winning the five major Academy Awards in 1976 (Best Picture, Actor, Actress, Director and Screenplay). DeVito was launched into stardom, and maintain his prominence and popularity through his role on the television series "Taxi" (1978 – 1983), where he played the character of taxi dispatcher Louie De Palma. His work on "Taxi" earned him a Golden Globe Award and an Emmy Award for Best Supporting Actor in 1981. Following the end of "Taxi," DeVito returned to film, appearing in movies such as "Terms of Endearment" (1983), "Romancing the Stone" (1984), "Ruthless People" (1986), "Twins" (1988) with Arnold Schwarzenegger, "Other People's Money" (1991) and Tim Burton's "Batman Returns" (1992).

He returned to television in 2006 when he joined the cast of the widely popular FX sitcom "It's Always Sunny in Philadelphia." Films he has worked on during the latter part of his career include "Solitary Man" (2009) with Susan Sarandon and long-time friend Michael Douglas, "When in Rome" (2010) with Kristen Bell and Josh Duhamel, and Tim Burton's 2019 live-action adaptation of "Dumbo."

Generally, speaking, DeVito is widely considered to be a comic actor. However, he has also appeared in several dramatic roles over the years include in "The Rainmaker" (1997), "Jack the Bear" (1993), "L.A. Confidential" (1997), "The Big Kahuna" (1999) and "Heist" (2001). He also has an impressive list of voiceover projects under his belt. He has voiced characters in everything from "My Little Pony: The Movie" (1986), "Hercules" (1997), "Space Jam" (1996) and "The Lorax" (2012), to multiple episodes on the television show "The Simpsons" as the character Herb Powell. Additionally, he has appeared in television ads for QuickBooks and M&Ms, and also played a fictionalized version of himself in the "Steal My Girl" music video for British boy band One Direction. In recognition of his work on television, DeVito received a star on the Hollywood Walk of Fame in 2011. 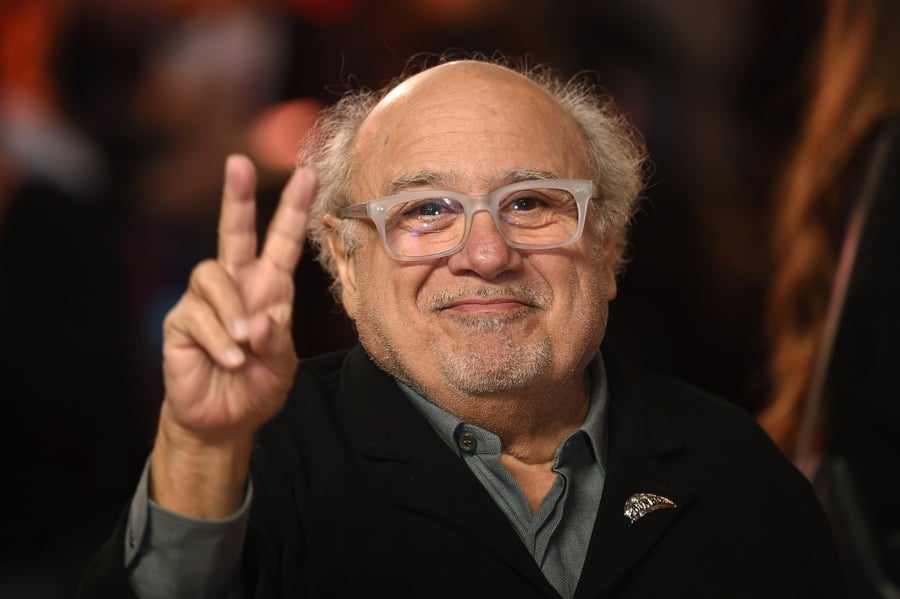 DeVito founded the production company Jersey Films with partner Michael Shamberg in 1991. Soon afterwards, Stacey Sher joined them as an equal partner. The company has produced many films, most notably "Man on the Moon" (1999), "Pulp Fiction" (1994), "Garden State" (2004) and "Freedom Writers" (2007). The company was also behind Comedy Central series "Reno 911!" (2003-2009). He founded Jersey Films in 1991. Other notable films produced by DeVito include "Matilda" (1996), which he co-produced, directed and starred in; and "Erin Brockovich" (2000), for which DeVito, Shamberg and Sher received a nomination for an Academy Award for Best Picture.

DeVito met actress Rhea Perlman on January 17, 1971, when she went to see a friend performing in the play "The Shrinking Bride," which DeVito was also in. Two weeks later, the couple had moved in with each other. They got married on January 28, 1982. Together, they have three children. After 30 years of marriage, they separated in October 2012, before reconciling in March 2013. They separated amicably for the second time in March 2017, but have stated they do not intend to file for divorce.

DeVito and Perlman have worked together on many projects together, such as the show "Taxi" and the feature film "Matilda."

For many years Danny and Rhea lived in a 14,579 square foot house in Beverly Hills, California. They purchased the property in 1994, and sold it in April 2015 for $24 million after listing it a few years earlier off-market for more than $30 million.

They continue to co-own a home in Malibu's Point Dume neighborhood.