Danny Cooksey Net Worth: Danny Cooksey is an American actor and singer who has a net worth of $500 thousand. Danny is probably most-famous for his work as a child actor on shows like "Diff'rent Strokes" and "Salute Your Shorts" and movies like "Terminator 2: Judgment Day".

Danny Cooksey was born in Moore, Oklahoma in November 1975. Danny first appeared in the TV series The Dukes of Hazzard in 1983. He starred as Sam McKinney on the television series Diff'rent Strokes from 1984 to 1986. He appeared in 48 of the show's 189 episodes.

From 1986 to 1989 Cooksey starred as Kevin Cavanaugh in 26 episodes of the TV series The Cavanaughs. He starred as Bobby Budnick in the series Salute Your Shorts from 1991 to 1992. From 1990 to 1992 Danny provided voice work for the animated series Tiny Toon Adventures. He would also provide voice work for the TV series Foofur, Pound Puppies, The Plucky Duck Show, Tom & Jerry Kids Show, The Ren & Stimpy Show, The Little Mermaid, 101 Dalmatians: The Series, Pepper Ann, Static Shock, Dave the Barbarian, Xiaolin Showdown, Invader ZIM, What's with Andy?, and Kung Fu Panda: Legends of Awesomeness. He starred in the movies Mac and Me, Terminator 2: Judgment Day, Mom and Dad Save the World, and did voice work for The Lorax. Cooksey has been nominated for five Young Artist Awards and two TV Land Awards. She has been the lead singer in the bands Bad4Good, Lucy's Milk, Arbuckle, and Shelter Dogs. 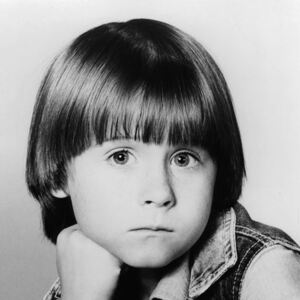