Danneel Harris Net Worth and salary: Danneel Harris is an American actress and model who has a net worth of $3 million. Danneel Harris was born Elta Danneel Graul in Lafayette, Louisiana in March 1979. She is best known for her roles of Shannon McBain on One Life to Live and Rachel Gatina on One Tree Hill.

Her name Danneel was inspired by Danneel Street in new Orleans. She started off modeling with companies like Juicy Jeans and Big Sexy Hair and appeared in a TV commercial. Her first role came as Shannon McBain on the soap opera One Life to Life from 2003 to 2004. She had recurring roles in the series What I Like About You, Joey, and JAG. From 2005 to 2009 Harris starred as Rachel Gatina in The CW series One Tree Hill. In 2011 she starred as Sara Maxwell in the TV series Friends with Benefits. She has starred in the films Ten Inch Hero, Harold & Kumar Escape from Guantanamo Bay, Extreme Movie, Fired Up!, The Back-up Plan, The Roommate, Mardi Gras: Spring Break, and A Very Harold & Kumar 3D Christmas. Danneel married actor Jensen Ackles in 2010 and together they have three children. 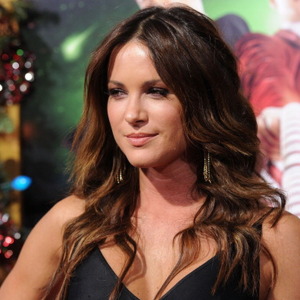