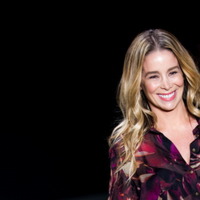 Danielle Winits Net Worth: Danielle Winits is a Brazilian actress, singer, and dancer who has a net worth of $5 million. Danielle Winits was born in Rio de Janeiro, Brazil in December 1973. Danielle has performed in many musicals as a dancer and singer. Her first appearance came in the TV series Olho no Olho in 1993. The same year she played Eva in the TV mini-series Sex Appeal. In 1994 she made her theatrical debut in Band-Aid. Winits' first film role was in Ate que a Vida nos Separe in 1999. She starred in the TV series Cara e Coroa as Diana in 1996. Winits starred on the series Sai de Baixo from 1998 to 2001 and as Marison on Kubanacan from 2003 to 2004. From 2006 to 2007 she starred as Sandra on Paginas da vida and from 2007 to 2008 as Barbara on Guerra e Paz. In 2009 she played Becky on Cinquentinha and in 2010 Manoela on A Vida Alheia. From 1995 to 2003 Danielle Winits starred in the television series Young Hearts. She played Velma Kelly in a Brazilian version of the musical Chicago. Danielle has posed twice for Brazilian Playboy. She has previously been married to actors Cassio Reis and Jonatas Faro and has two sons.