Danielle Panabaker Net Worth and Salary: Danielle Panabaker is an American actress who has a net worth of $5 million. Danielle first became famous as a Disney child star. She has since gone on to enjoy a very respectable acting career in films and television. She is perhaps best-known for starring on "The Flash" as Dr. Caitlin Snow / Killer Frost.

Danielle Panabaker was born in Augusta, Georgia in September 1987. She started acting after taking a theater class at summer camp and acted in community theaters at 12 years old. Panabaker starred as Julie Stark in the television series Shark from 2006 to 2008. Since 2014 she has starred as Dr. Caitlin Snow / Killer Frost in the TV series The Flash. Panabaker has had recurring roles in the TV series Summerland, Bones, Necessary Roughness, Justified, Franklin & Bash, and Arrow. She has starred in the movies Sky High, Yours, Mine and Ours, Mr. Brooks, Home of the Giants, The Crazies, The Ward, Girls Against Boys, Piranha 3D, Time Lapse, and This Isn't Funny. Panabaker has won Young Artist Awards for The Guardian and Searching David's Heart. Her sister is the actress Kay Panabaker.

Personal Life: In July 2016 Danielle became engaged to her boyfriend Hayes Robbins. They married in June 2017. In 2020 they welcomed their first child. Her younger sister Kay Panabaker is also an actress.

Real Estate: In 2016 Danielle paid $1.9 million for a home in the Hollywood Hills. She listed the home for sale in December 2020 for $2 million. 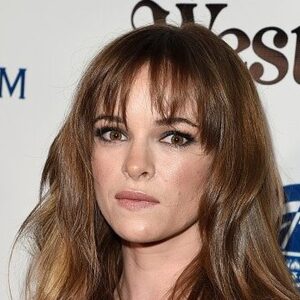