Danielle was born in Mesa, Arizona, on May 5, 1981.  She began acting in local theater when she was ten years old in productions of "Peter Pan" and "The Wizard of Oz". Fishel earned roles in commercials, including a stint as Mattel's Barbie Girl.

She landed a few TV roles on "Full House" and "Harry and the Hendersons" before being cast as Topanga on "Boy Meets World" in 1993. Fishel appeared in 134 episodes of the hit sitcom, winning a Young Star Award for Best Performance by a Young Actress in a Comedy TV Series. She was named to a "Teen People" list of the 21 hottest stars under 21 and covered "Seventeen" magazine.

Following the end of "Boy Meet World", Fishel appeared in several movies before landing a correspondent role on "The Tyra Banks Show" and hosting "Say What? Karaoke". She was host of Style Network's "The Dish" and Fuse TV's "The Fuse 20". Fishel starred in "Boiling Pot", a controversial film that chronicled racism in college during Barack Obama's campaign. From 2014 to 2017 she appeared in the "Boy Meets World" spin-off series "Girl Meets World" which ran for three seasons.

Personal Life: Danielle married Tim Belusko in 2013. They divorced in 2016.

In 2018 Danielle married writer/comedian Jensen Karp, whom she has actually known since childhood. They welcomed their first child together in July 2019.

Real Estate: In January 2019 Danielle and Jensen paid $1.7 million for a home in Woodland Hills, California. Fun fact – Woodland Hills is in the San Fernando Valley area of Los Angeles, just north of Topanga. Anytime Danielle and her family want to drive to the beach, Malibu, Santa Monica etc… they would drive a few minutes from their house to the winding Topanga Canyon Road, up through the hills of Topanga, through downtown Topanga… I wonder how long ago that reference got old for her? 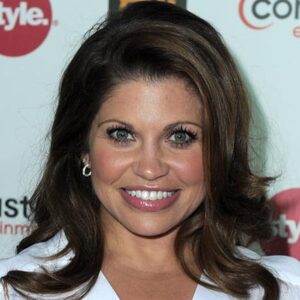