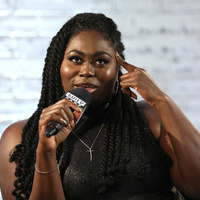 Danielle Brooks net worth: Danielle Brooks is an American actress who has a net worth of $1 million. Danielle Brooks was born in Augusta, Georgia in September 1989. She is best known for playing the role of Tasha "Taystee" Jefferson on the Netflix series Orange Is the New Black. She started acting at six years old in a church play and graduated from the Juilliard School in 2011. She starred in stage productions before making her television debut in the series Orange is the New Black starring as Tasha "Taystee" Jefferson since 2013. She starred in the TV movie Modern Love in 2012 and in the film Time Out of Mind in 2014. Brooks also appeared in an episode of the TV series Girls in 2014. She won a Young Hollywood Award for Breakthrough Actress in 2014 and a Screen Actors Guild Award in 2015.