Daniella Monet Net Worth: Daniella Monet is an American actress, singer, and dancer who has a net worth of $3 million. Daniella Monet was born in Raleigh, North Carolina in March 1982. She is best known for playing the role of Trina Vega on the TV show Victorious. She has posed for a PETA campaign and has starred in many commercials since she was eight years old.

Her first role came on the TV series Pacific Blue in 1997. Daniella made her film debut in 1999's Follow Your Heart. She had recurring roles on the shows American Dreams and 8 Simple Rules. From 2004 to 2005 she starred as Megan Kleinman in the series Listen Up. She also had recurring roles on the shows Zoey 101 and iCarly. She provided the voice of Mitzi in Winx Club: Enchantrix from 2001 to 2012 and starred as Bertha in Fred: The Show in 2012. From 2010 to 2013 she starred as Trina Vega in the Nickelodeon sitcom Victorious. Since 2013 she has hosted the Nickelodeon show AwesomenessTV. She has starred in the movies Simon Says, Nancy Drew, Taking 5, Here's the Kicker, and Camp Fred. She has also appeared on the shows American Dreams, Still Standing, The Bernie Mac Show, The Suite Life of Zack & Cody, and Melissa & Joey. Daniella has had songs on the Victorious and Victorious 2.0 soundtracks. 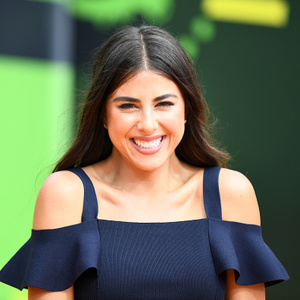