Daniela Romo net worth: Daniela Romo is a Mexican singer, actress, and television personality who has a net worth of $20 million. Daniela Romo was born in Mexico City, Mexico in August 1959. As a singer she has released several albums starting with her debut Tambien Yo in 1979. Romo has starred in the TV series Las Vias del Amor, Alborada, Triumph of Love, The Tempest, and El hotel de los secretos. In 2003 Romo won an INTE Award for Supporting Actress of the Year for Las Vias del Amor. A line dance called "Todo, Todo, Todo" was created for her in the 1990s. 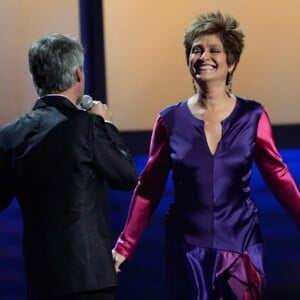