Daniela Castro Net Worth: Daniela Castro is a Mexican actress and singer who has a net worth of $20 million. Daniela Castro was born August 17, 1969 in Mexico City, Mexico. Castro was interested in music at a very young age and decided to study in CEA de Televisa, but embarked originally in theatre.

Through her experiences in theatre she won roles in telenovelas. The actress was cast in Un nuevo amanecer (1988), Mi segunda madre (1989), Días sin luna (1990) and Noveno mandamiento, El (2000) among others. She also recorded a musical disc Junto A Ti (With you) and appeared in Viaje Directo al Infierno (1989). In 1997 Daniela received the award TV Novelas Best Actress of the Year. She made her public debut as a singer in the program Cristina on the December 7, 1998. After a long absence from television, she returned in the telenovela Pasión, which is situated around 1780 in the New Spain; she plays blind Lizabeta de Salamanca, the antagonist. She was afraid to play this role at firs,t but she earned positive reviews. She also starred in a horror movie called Viaje directo al infierno in 1989. Daniela Castro recorded an album called Junto a ti. She planned to record a second album with her uncle and her father, but her uncle died unexpectedly and she delayed the project out of respect for her uncle. Daniela has had two romances with celebrities: one with football program director Jprje Campos and another with the actor Raul Araiza. She married Gustavo Diaz Ordaz, grandson of the ex-president of Mexico, on June 19, 1999. 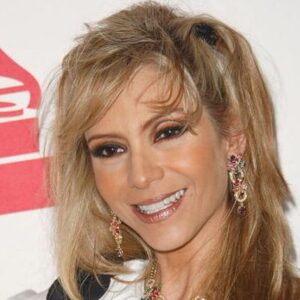