Daniel Wu Net Worth: Daniel Wu is a Hong Kong American actor, director, and producer who has a net worth of $20 million. Daniel Wu was born in Berkeley, California in September 1974. He parents were immigrants from China. He started studying the martial art wushu when he was 11. He studied architecture at the University of Oregon.

He took film classes and attended local theaters. After graduating he traveled to Hong Kong. He started to model and film director Yonfan saw his ad and approached Wu about starring in a movie. His first film role came in 1998 in San goo waak chai ji siu nin gik dau pin. He has starred in more than 60 films including Control, Europa Report, Chinese Zodiac, The Man with the Iron Fists, Tai Chi Hero, The Last Supper, Tai Chi Zero, The Great Magician, Inseparable, Beginning of the Great Revival, and Don't Go Breaking My Heart. Wu has won a China Film Media Award, Golden Horse Film Festival Award, and Hong Kong Film Award. Daniel Wu was a member of the Chinese boy band Alive. Wu wrote and directed The Heavenly Kings in 2006. After that it was found out the group Alive had only been formed to promote the film. He won the best new director award at the 26th Hong Kong Film Awards. He has been a spokesperson for L'Oreal and Seiko. Daniel married Lisa S. in 2010 and the couple has a daughter together. 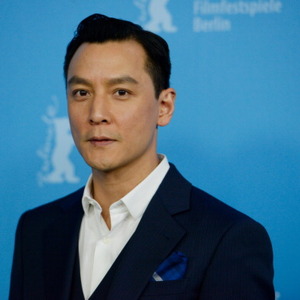