How much is Daniel von Bargen Worth?

Daniel von Bargen net worth: Daniel von Bargen was an American actor who had a net worth of $200 thousand. Daniel von Bargen was born in Cincinnati, Ohio in June 1950 and passed away in March 2015. From 2000 to 2002 he starred as Commandant Edwin Spangler in the television series Malcolm in the Middle. From 1997 to 1998 von Bargen had a recurring role as Kruger on the TV series Seinfeld. He starred in the movies The Silence of the Lambs, Basic Instinct, RoboCop 3, Philadelphia, I.Q., Crimson Tide, Broken Arrow, G.I. Jane, Amistad, The Faculty, The General's Daughter, Universal Solider: The Return, O Brother, Where Art Thou?, Disney's The Kid, Super Troopers, The Majestic, S1m0ne, and more. Von Bargen also appeared in episodes of the TV series Spenser: For Hire, Law & Order, Guiding Light, All My Children, NYPD Blue, The X-Files, Party of Five, The Practice, The West Wing, Ally McBeal, Judging Amy, Without a Trace, and more. Daniel von Bargen passed away on March 1, 2015 at 64 years old after battling diabetes complications for years. 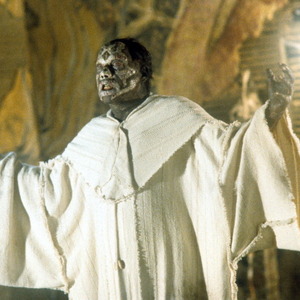