Daniel Sunjata net worth: Daniel Sunjata is an American actor who has a net worth of $2 million dollars. Daniel Sunjata was born in Evanston, Illinois, and was a champion football player during high school. He went on to attend Florida A&M University, and then graduated from the University of Louisiana at Lafayette.

He then earned an MFA in Acting from New York University's Tisch School of the Arts. He began his professional on-camera career in 2000, and went on to guest star on such shows as "D.C.", "Law & Order: Special Victims Unit", "Sex and the City", and "Ed". He gained widespread attention for his award-winning performance in the 2003 play, "Take Me Out", for which he was nominated for a Tony and a Drama Desk Award, and won the Theatre World Award. He has worked steadily since the early 2000s, appearing in such film and television projects as "Rescue Me", "The Bronx is Burning", "Grey's Anatomy", "Smash", "Melinda and Melinda", "The Devil Wears Prada", "Ghosts of Girlfriends Past", and "The Dark Knight Rises". He is currently starring on "Graceland". 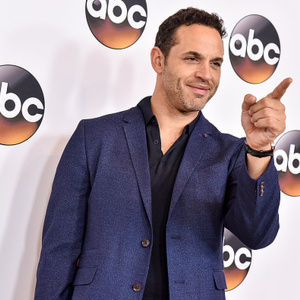