What is Daniel Stern's net worth?

Daniel Stern is an American film and television actor who has a net worth of $20 million. Some of his most well-known films include Home Alone, Home Alone 2: Lost in New York, and City Slickers. He has appeared or voiced roles in a number of popular television series as well like The Simpsons, Family Guy, House of Lies, Monk, and The Wonder Years. His career has remained steady throughout the years and he continues acting to this day.

Born on August 28, 1957 outside of Washington, D.C. in Bethesda, Maryland, Stern was raised in a Jewish home. His father worked as a social worker and his mother managed a day care center throughout his childhood. He grew up with a brother, David Stern, who later became a television writer. Stern began acting while a high school student at Bethesda-Chevy Chase High School where he starred in theater productions like Fiddler on the Roof and Promises, Promises. During his early high school years, he also worked as a gas station attendant to earn extra money pumping gas and cleaning windshields.

After scoring a walk-on role in a Washington, D.C's Shakespeare Festival's production of The Taming of the Shrew, starring Glenn Close, while still in high school, Stern decided to drop out during his senior year in order to pursue acting seriously. He moved to New York and began taking acting lessons with acclaimed teachers Austin Pendleton and Herbert Berghof. He was able to land several roles in Broadway and Off Broadway productions, including True West, How I Got That Story, Split, and The Mandrake.

A few years after moving to New York, Stern made his film debut in the 1979 movie Breaking Away, in which he played the role of Cyril. The role helped launch Stern's career, as it gained notable attention in the media and went on to win an Oscar for Best Original Screenplay. He gained more positive attention in Barry Levinson's film, Diner, in which Sterm played the role of Laurence "Shrevie" Schreiber. The film received an Academy Award nomination for Best Original Original Screenplay and was also heavily praised by the critics.

Throughout the 1980s, Stern worked steadily, earning the role in the action thriller Blue Thunder as well as two Woody Allen films – Stardust Memories, and Hannah and Her Sisters. Stern enjoyed increased fame as he ventured into comedic films. He played the role of Phil Berquist in City Slickers, a film which has since earned a spot on several of the American Film Institute's lists recognizing comedic films as well as Bravo's "100 Funniest Movies" list. Stern was nominated for an American Comedy Award in the Funniest Supporting Actor category. He reprised the role in City Slickers II: The Legend of Curly's Gold. 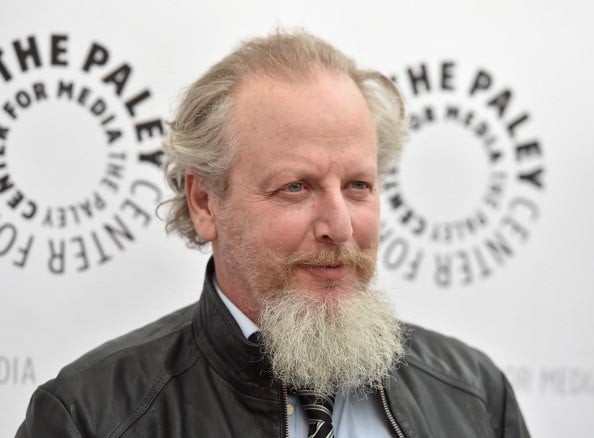 In 1990, he starred alongside Macaulay Culkin, Joe Pesci, and Catherine O'Hara in the film Home Alone. The film was a smash hit at the box office, claiming the number-one spot at the box office for 12 consecutive weeks. It had remained the highest-grossing Christmas film since 2018. In 1992, he joined the cast again for Home Alone 2: Lost in New York. His work in comedy continued with roles in the film Bushwacked and Very Bad Things.

Stern also played the role of narrator on the popular television series The Wonder Years, voicing the part of the adult version of main character Kevin Arnold. During this time, he was able to work with his brother David, a screenwriter for the show. He also voiced the main character of Dilbert in the series based on the popular Scott Adams comic strip.

In addition to acting, Stern also worked as a writer and director, directing several episodes of The Wonder Years as well as the film Rookie of the Year. In 2001, he created and starred in the series Danny, though it was cancelled midway through the first season. He also returned to his theater roots by writing Barbra's Wedding, which had a successful six-month off-Broadway Run.Recently Stern had a role in the 2018 comedy Game Over, Man!, starring Anders Holm, Blake Anderson, and Adam DeVine. He also starred in the 2019 film James vs. His Future Self, in which he played the role of a time-travel researching scientist. The film was very favorably received by critics, earning four Canadian Screen Award nominations. Stern earned a nomination in the Best Supporting Actor category. He also had a recurring role in the streaming comedy series, Shrill, starring Aidy Bryant.

In 1980, Stern married Laure Mattos, whom he had three children with – one son and two daughters. His son, Henry, went on to become a California State Senator, while his daughter Sophie became a musician and his youngest daughter Ella, a health worker.

Stern developed a strong interest in fine arts as well, particularly bronze sculpture. His work has been featured in a number of galleries and art fairs and he has also created sculptures for the cities of Pasadena, San Diego, and Palm Desert, among others. He now is an artist in residence at the Studio Channel Islands Art Centre in Camarillo, California. 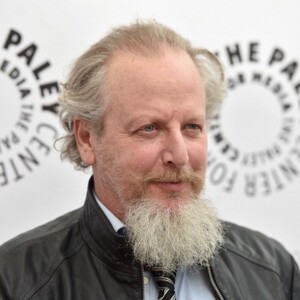