Daniel Roebuck net worth: Daniel Roebuck is an American actor who has a net worth of $3 million. Daniel Roebuck was born in Bethlehem, Pennsylvania in March 1963. He has acted on stage and in films and television series. Roebuck has more than 220 acting credits to his name and starred as Haskell Epstein on the TV series Capital News in 1990.

From 1987 to 1995 he starred as Cliff Lewis on the series Matlock. Roebuck had a recurring role as Richard Bettina on the television series Nash Bridges from 1996 to 2000. From 2003 to 2004 he starred as Pete Peterson on the TV series A Minute with Stan Hooper. Daniel Roebuck starred as Shadow Man on the series Woke Up Dead in 2009 and has also had recurring roles in the TV series Lost, Sonny with a Chance, Mob City, and The Man in the High Castle. He has also starred in several other films including The Fugitive, U.S. Marshalls, Final Destination, We Were Soldiers, Agent Cody Banks, Halloween, Let There Be Light, and more. 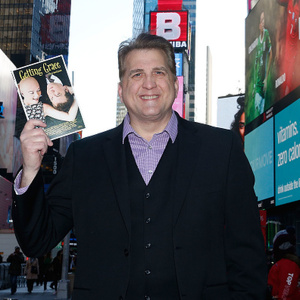