Daniel Portman Net Worth: Daniel Portman is a Scottish actor who has a net worth of $750 thousand. Daniel Portman was born in Glasgow, Scotland in February 1992. He is best known for his role as Podrick Payne in the TV series Game of Thrones. Portman was Head Boy at Shawlands Academy and graduated from Reid Kerr College in Paisley.

In 2010 he starred as Paul in the movie Outcast. In 2012 he starred in the film The Angels' Share. Portman's best known role has been as Podrick Payne in the HBO television drama series Game of Thrones since 2012. He is scheduled to star in the upcoming film Wasteland 26: Six Tales of Generation Y. In 2011 he appeared in the TV series River City as Darren. Portman auditioned for the parts of Albert Narracott in War Horse in 2011 and Ethan Wate in Beautiful Creatures in 2013. 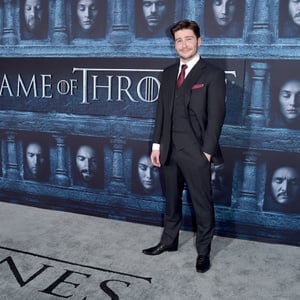