Daniel Goddard Net Worth: Daniel Goddard is an Australian actor whose net worth is $16.7 Million and has had stints in both modeling and acting. Daniel almost finished a degree in finance, but never did, as he left to join Ensemble Actors Studio. He made appearances in several theatrical shows and soon landed a role in the popular Australian soap, Home and Away.

He played the character of Eric Phillips. He eventually left for Hollywood where he was soon snagged as a model by top names in the fashion industry such as Dolce & Gabbana and Calvin Klein. Fortune had it that he would land the lead role as Dar in the 1999-2002 series, BeastMaster. Daniel traveled back to Australia to film the series. His role on the show required him to work closely with several types of an including lions and snakes.
Another breakthrough for his career came when he joined the American soap The Young and the Restless in 2007. Here he played the character of Cane Ashby. Over the years, Daniel has slowly gathered a steady number of fans, many of whom are women. In fact, his popularity with the ladies has landed him several modeling gigs, particularly on the CBS series, The Price is Right. He is currently still reprising his role as Cane Ashby, on the Young and the Restless. Aside from that, he has appeared in movies such as Light Speed and Immortally Your s. He is married to Rachael, and together they have a 7 year old son named Ford Martin Goddard, and 5 year old Sebastian William Goddard. 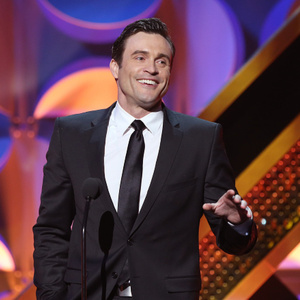