Daniel Gillies net worth: Daniel Gillies is a New Zealand actor who has a net worth of $3 million dollars. Born in Winnipeg, Manitoba, Canada on March 14, 1976, Daniel Gillies is best known for his roles on The Vampire Diaries, The Originals, and Saving Hope. Despite his family's medical background, Gillies attended the Unitec School of Performing arts.

He worked as a waiter in Canada before moving to Los Angeles, California to pursue acting. He was engaged in the Auckland Theatre Company and appeared in several productions which led to a lead role in the series Street Legal. After moving to Los Angeles, he was cast in Spider-Man 2 and Bride & Prejudice. He recently finished his first written and directed film, Broken Kingdom. Daniel Gillies married actress Rachael Leigh Cook in 2004. Together they have two children, a daughter named Charlotte Easton Gillies and a son named Theodore Vigo Gilles. 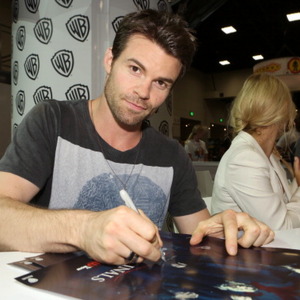