Daniel Franzese net worth: Daniel Franzese is an American actor who has a net worth of $500 thousand dollars. Daniel Franzese was born in Bensonhurst, Brooklyn, and went to high school in Sunrise, Florida. He began his professional acting career in 2001, appearing in the film, "Bully". From there, he went on to appear in such projects as "Queens Supreme", "Party Monster", "Stateside", "Mean Girls", "Cruel World", "The Comeback", "War of the Worlds", "Whirlygirl", "CSI: Crime Scene Investigation", "Kill Theory", "Foodfight", "The Missing Person", "Burn Notice", "I Spit On Your Grave", "Party Down", and the webseries, "Foodies".

In addition to his acting work, he is also an art curator, and has curated such multi-artist shows as Halloween, a visual exploration of the commercialization of Halloween; depARTed, an art show with pieces inspired by the death of famous figures; and Crusaders and Haters, a show featuring art about superheroes and villains. 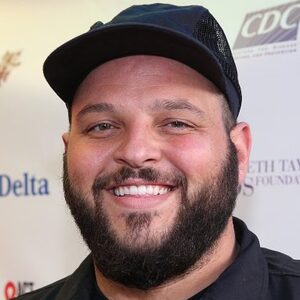