What Is Daniel Dae Kim's Net Worth and Salary?

Daniel Dae Kim was born Kim Dae-hyun on August 4, 1968, in Busan, South Korea. His father, Dr. Doo-tae Kim, and mother, Jung Kim, moved the family to the U.S. when Daniel was 2 years old. He spent his youth in New York City and Pennsylvania (both Easton and Bethlehem), and he attended Freedom High School. After graduation, Kim enrolled at Haverford College in Pennsylvania, and he earned double bachelor's degrees in political science and theater in 1990. Daniel then attended New York University's Graduate Acting Program, earning his MFA in 1996. 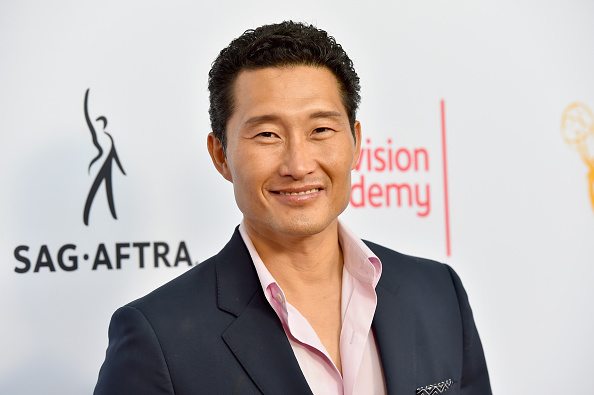 During his time on "Lost," Daniel appeared in the films "The Cave" (2005) and "The Onion Movie" (2008) and the miniseries "The Andromeda Strain" (2008). In 2010, he landed the role of Chin Ho Kelly on "Hawaii Five-0" and appeared in more than 160 episodes before leaving the show in 2017 due to CBS refusing to pay him the same salary as his co-stars Alex O'Loughlin and Scott Caan. Kim appeared in the films "Arena" (2011) and "Ktown Cowboys" (2015), narrated the 2013 documentary "Linsanity," and played Jack Kang in 2015's "The Divergent Series: Insurgent" and 2016's "The Divergent Series: Allegiant." He narrated the PBS miniseries "Big Pacific" in 2017, and in 2019, he played Ben Daimio in "Hellboy" and Brandon Choi in "Always Be My Maybe" and had a recurring role as Dr. Jackson Han on ABC's "The Good Doctor." From 2020 to 2021, Daniel played Dr. Cassian Shin in six episodes of NBC's "New Amsterdam," and in 2021, he starred as Matthew Ryker on the National Geographic anthology series "The Hot Zone: Anthrax," appeared in the film "Stowaway," and voiced Benja in Disney's "Raya and the Last Dragon." In November 2021, it was announced that Kim had been cast as Fire Lord Ozai on the Netflix series "Avatar: The Last Airbender."

Daniel married Mia Haeyoung Rhee on June 12, 1993, and they have two sons, Zander and Jackson. While filming "Lost" and "Hawaii Five-0," Kim lived in Hawaii, and in 2014, he was the speaker at the University of Hawaii's graduation ceremony. In March 2020, Daniel tested positive for COVID-19, and he spoke out about the racism and xenophobia that Asian people had experienced since the start of the pandemic, stating, "Please, please stop the prejudice and senseless violence against Asian people. Randomly beating elderly, sometimes homeless Asian Americans is cowardly, heartbreaking and it's inexcusable." He added, "Yes, I'm Asian. And yes, I have coronavirus. But I did not get it from China, I got it in America. In New York City. Despite what certain political leaders want to call it, I don't consider the place where it's from as important as the people who are sick and dying."

In February 2021, Kim and Chinese American actor Daniel Wu offered a $25,000 reward for information that could help identify suspects who assaulted three Asian Americans, including a 91-year-old man, in Oakland, California. A few days later, Yahya Muslim, who was already in custody for a different crime, was arrested for the assaults. Daniel's younger sister, Connie, was the victim of a hate crime in 2015. In October 2021, he told "People" magazine that Connie was out for a run when a man yelled at her to get out of the way. Though Connie moved out of the man's way, Kim said, "This man specifically targeted her because of her race and tried to run her over with his car repeatedly," hitting her twice. Connie is no longer able to run because of the injuries caused by the attack.

In 2006, Kim shared a Screen Actors Guild Award for Outstanding Performance by an Ensemble in a Drama Series with his "Lost" co-stars, and the cast won a Gold Derby Award for Ensemble of the Year in 2008. Daniel was named Outstanding Television Actor for "Lost" at the 2006 Asian Excellence Awards, and he was honored with the Influential Asian American Artist Award at the 2010 San Diego Asian Film Festival. He has been nominated for five Behind the Voice Actors Awards, sharing the BTVA People's Choice Voice Acting Award and the BTVA Television Voice Acting Award for Best Vocal Ensemble in a New Television Series with his "The Legend of Korra" castmates in 2013. He earned Teen Choice Award nominations for Choice TV Actor: Action for "Hawaii Five-0" in 2011 and 2012, and "The Good Doctor" received a Leo Award nomination for Best Dramatic Series in 2019. Kim also earned three Golden Nymph nominations for Outstanding Actor – Drama Series for "Lost" at the Monte-Carlo TV Festival (2007, 2009, and 2010). In 2017, Daniel was inducted into the Asian Hall of Fame.