What is Daniel Craig's Net Worth and Salary?

Daniel Craig is an English actor who has a net worth of $160 million. Daniel Craig has enjoyed a prolific film career, but is probably best known for playing the character of James Bond in several spy films. Daniel has earned much of his current fortune thanks to the James Bond film franchise.

When Daniel Craig and Rachel Weisz revealed that they had married in a private ceremony, there were more than a few disappointed people out there.  Daniel Craig had gone from relative obscurity to full-blown sex symbol in what seemed like record time, after starring in the James Bond film, "Casino Royale".  His charismatic, sexy, dangerous take on the Bond, a darker and more "broken" version of the spy than seen in previous installments, was a hit with audiences, and catapulted the journeyman actor onto the A-list.  After years of appearing in supporting roles in projects such as "The Power of One", "A Kid in King Arthur's Court", "The Hunger", "Elizabeth", "Some Voices", "Lara Croft: Tomb Raider", or award-winning leading roles in independent projects like, "Layer Cake" and "Enduring Love", he finally caught a break.  As the success of his first two films as Bond rippled out into the cosmos, he was able to take on other big budget projects, including leading roles in "Infamous", "Defiance", "Cowboys & Aliens", and "The Girl with the Dragon Tattoo". 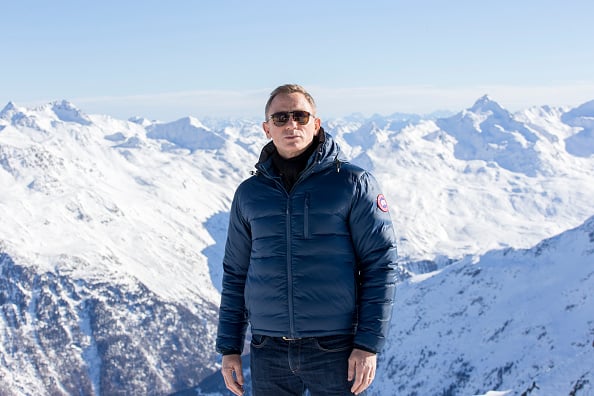 Daniel Wroughton Craig was born in Chester, England, on March 2, 1968. His mother, Carol Olivia (née Williams), was an art teacher, and his father, Timothy John Wroughton Craig, was in the Merchant Navy before becoming the landlord of two pubs in Cheshire. He has an older sister, Lea. Following his parents' divorce, Craig and his sister moved with their mother to Liverpool. There, he briefly attended Calday Grange Grammar School.

Craig was first introduced to serious acting by his mother, who took him to Liverpool's Everyman Theatre. However, he had been acting in school plays since he was six years old. When he was sixteen, he was accepted into the National Youth Theatre. Consequently, he left school and moved to London, where he financed his training by working part-time in restaurants. Eventually, he became a student at the Guildhall School of Music and Drama, and graduated in 1991.

Craig's first screen role was in the 1992 film "The Power of One", when he was twenty-four years old. He then joined the Royal National Theatre's production of Tony Kushner's "Angels in America" in 1993. Also in 1993, Craig made appearances in various television series, including the American show "Zorro" and "The Young Indiana Jones Chronicles", and the British shows "Heartbeat", "Between the Lines", "Drop the Dead Donkey", and "Sharpe's Eagle".

What is widely considered to be Craig's breakthrough role came in 1996, when he starred in the BBC drama "Our Friends in the North", alongside Christopher Eccleston, Gina McKee, and Mark Strong. Other notable projects he worked on during the late 1990s include: the BBC television film "Saint-Ex" (1996), the Franco-German drama "Obsession" (1997), the independent drama "Love and Rage" (1998), the biographical drama "Elizabeth" (1998), the television drama "Shockers: The Visitor" (1999), and the independent war film "The Trench" (1999).

Craig continued to stay busy in the new millennium, appearing in a large number of films covering a wide array of genres. Some of these include "Some Voices" (2000), in which he plays a schizophrenic man; the dark comedy "Hotel Splendide" (2000); "Lara Croft: Tomb Raider" (2001), a poorly-reviewed by commercially successful film based on the popular video game series of the same name; the crime film "Road to Perdition" (2002) with Tom Hanks and Paul Newman; a starring role opposite Gwyneth Paltrow in "Sylvia" (2003); playing a cocaine supplier in the crime thriller "Layer Cake" (2004); and the BBC television film "Archangel" (2005). Additionally, he also starred in the original production of Caryl Churchill's play "A Number" from September to November 2002 at the Royal Court Theatre.

Craig was first approached by Eon Productions to portray James Bond in 2005. He was initially hesitant about taking the role, and producers had to work hard to woo him. When he did accept the role, there was a significant amount of backlash and controversy over his casting. For many, Craig did not fit the previous image of the Bond character that they had become used to. However, Craig also had many vocal supporters, which included many of the actors that had previously portrayed Bond: Pierce Brosnan, Timothy Dalton, Sean Connery, and Roger Moore. The first Bond movie with Craig as the lead (and the 21st film in the Bond franchise), "Casino Royale", was released in November 2006. It was wildly successful, despite the initial casting controversy, and grossed a total of over $500 million worldwide. This made it the highest-grossing Bond film at the time. Craig's performance was widely praised by critics, and he would go on to star in four more Bond films: "Quantum of Solace" (2008), "Skyfall" (2012), "Spectre" (2015), and "No Time to Die" (2020). He has confirmed that "No Time to Die" is his last Bond film. After adjusting for inflation, Craig's first four Bond films, which were released by Sony, earned a combined gross of $3.5 billion globally. 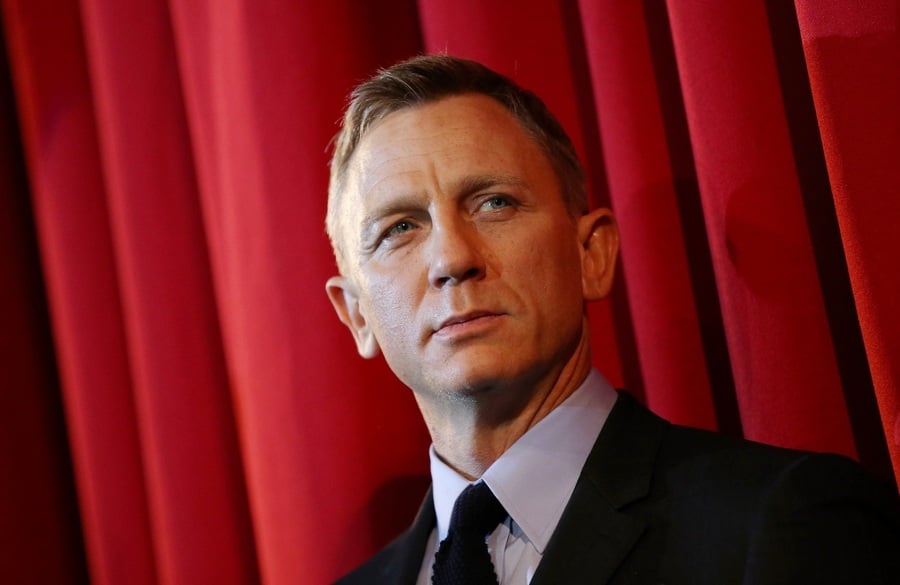 Despite his success as an A-list movie star, Craig has remained involved with theatre productions as well. He co-starred with Hugh Jackman in a production of the drama "A Steady Rain" on Broadway from September to December 2009. He co-starred with his second wife, Rachel Weisz, in the Broadway play "Betrayal" from October 2013 to January 2014. From late 2016 to early 2017, he appeared as the main antagonist, Iago, in an Off-Broadway production of the Shakespearean tragedy "Othello" at the New York Theatre Workshop.

Additionally, he has provided his voice for the characters of pirate Ivan Ivanovitch Sakarine and Red Rackham in Steven Spielberg's animated film "The Adventures of Tintin" (2011). 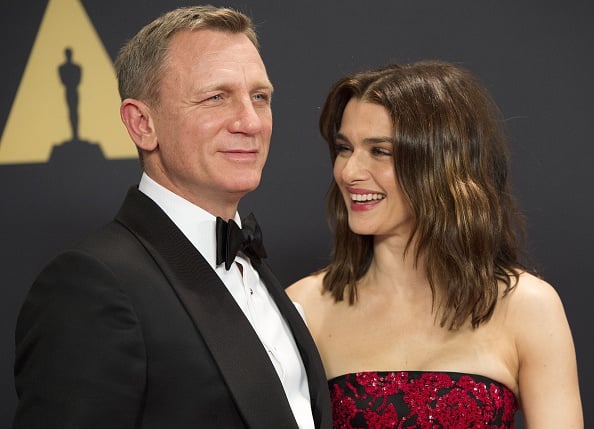 Craig married actress Fiona Loudon in 1992, and they divorced in 1994. Together, they share one daughter, Ella. He then was romantically linked to German actress Heike Makatsch and film producer Satsuki Mitchell. He married actress Rachel Weisz in June 2011, after less than a year of dating, and they have a daughter, born in 2018.

Daniel Craig lives in New York's TriBeCa neighborhood. The two-floor penthouse is 1,121 square feet and features 1 bedroom, 2 bathrooms and three terraces. Access to the penthouse is via an elevator. The dining area has a vaulted ceiling of glass 20 feet high, and a wall of glass with a terrace and city view. The penthouse has a small sized kitchen with white marble counter tops and white cabinets. The master suite has chestnut colored hardwood floors, two closets, one a walk-in closet, and a small balcony overhanging the terrace. Craig also owns a two-floor flat in a house located near London's Regent's Park.