Daniel Cosgrove net worth: Daniel Cosgrove is an American actor who has a net worth of $3 million dollars. Born in New Haven, Connecticut on December 16, 1970, Cosgrove is best known for his roles in the popular soap operas All My Children, Guiding Light, and As the World Turns.

He attended Notre Dame High School and is currently married to Marie Cosgrove. They have four children together by the names of Lily, Esme Rose, Ruby Willow, and Finnian Jack. He began with All My Children in 1996 and later starred in Beverly Hills, 90210 as Matt Durning. In 2008 Cosgrove was nominated for a Daytime Emmy for Outstanding Supporting Actor in a Drama Series for Guiding Light. Cosgrove is said to be rejoining the cast of Days of Our Lives in 2014. 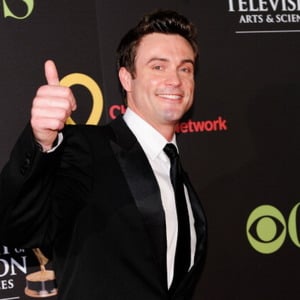