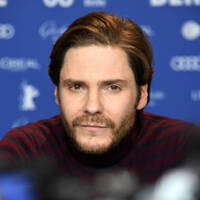 Daniel Brühl net worth: Daniel Brühl is a Spanish-German actor who has a net worth of $4 million. He is best known for his portrayal of former Formula 1 driver, Niki Lauda, in the Ron Howard biographical film, Rush. For his portrayal in the film, he received multiple award nominations including the Golden Globe Award for Best Supporting Actor, Critic's Choice Award for Best Supporting Actor, Screen Actors Guild Award and the BAFTA Award for Best Actor in a Supporting Role. He was born in Barcelona, Spain in 1978 as Daniel César Martín Brühl González Domingo. His father was the German TV director Hanno Brühl, who was born in São Paulo, Brazil and his mother was a teacher from Spain. Daniel Brühl began working as an actor in a German soap opera called Forbidden Love in 1995. In 2003, his starring role in the German film Good Bye, Lenin! received wider recognition and critical acclaim which garnered him the European Film Award for Best Actor and the German Film Award for Best Actor. He was introduced to mainstream U.S. audiences with his breakout role of "Frederik Zoller," a German war hero, in Quentin Tarantino's Inglourious Basterds, and appeared in many additional films including The Bourne Ultimatum, The Fifth Estate and A Most Wanted Man.