Daniel Booko net worth: Daniel Booko is an American actor and model who has a net worth of $1.5 million dollars. Daniel Booko was born in Three Rivers, Michigan, and went on to play football and study music at North Park University. He began his professional acting career in 2005, appearing in the film, "American Pie Presents Band Camp", and on the television shows, "The Suite Life of Zack and Cody" and "Entourage".

Since then, he has gone on to appear in such film and television projects as, "Numb3rs", "The Fast and Furious: Tokyo Drift", "The O.C.", "Hannah Montana", "Foreign Exchange", "The Open Door", "Desperate Housewives", "Crazy on the Outside", "Medium", "A Warrior's Heart", "Getting That Girl", "Wyatt Earp's Revenge", "Kickin' It", "Jersey Shore Shark Attack", "A Christmas Wedding Date", "21 & Over", "Perception", and "House of Secrets". He also has a very busy voice over career, and has provided voice over work for such projects as "Pretty Little Liars", "Man on a Ledge", "The Hunger Games", and "Victorious". 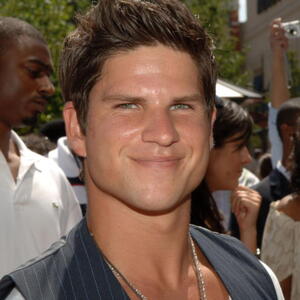