Danica McKellar net worth: Danica McKellar is an American actress and academic who has a net worth of $6 million. Danica McKellar began acting as a child, guest starring on episodes of "The Twilight Zone". In 1988, she was cast in the role that would make her famous, as Winnie Cooper on "The Wonder Years". The show ran for six seasons between 1988 and 1993, airing 115 episodes. She then went on to appear in a string of television, television movie, and film projects, including, "Camp Cucamonga", "Sidekicks", "Babylon 5", "Walker, Texas Ranger", "Sirens", and "Working", and she voiced the character of Freida Goren on the animated series, "Static Shock". Since the early 2000s, she has gone back and forth between guest appearances on television dramas and voice work on various cartoons, including "The West Wing", "NCIS", "Jack & Bobby", "How I Met Your Mother", "Hack!", and "The Big Bang Theory".

She graduated from UCLA with a degree in Mathematics, and co-authored a theorem that has been named after her and her fellow mathematicians. She also authored the New York Times bestselling book, "Math Doesn't Suck: How to Survive Middle-School Math without Losing Your Mind or Breaking a Nail".

Early Acting Career and "The Wonder Years": After appearing in two episodes of "The Twilight Zone" in the mid-to-late 80s, McKellar landed what would become the most famous role of her career: Gwendolyn "Winnie" Cooper, the primary love interest of Kevin Arnold on the ABC series "The Wonder Years." The show, which ran for six seasons between 1988 and 1993, earned numerous accolades, including an Emmy Award for Outstanding Comedy Series in 1988 and a Peabody Award in 1989. It was on the program that McKellar had her first-ever kiss, with star Fred Savage.

Later Television Career: Although McKellar has stated how difficult it was to graduate from a child to an adult actor, she has found a good deal of success on several television programs since "The Wonder Years" ended. In 1994 alone, she had guest roles on the science-fiction series "Babylon 5," the Chuck Norris action program "Walker, Texas Ranger," and the crime drama "Sirens." That year, she also starred in the made-for-television film "Moment of Truth: Cradle of Conspiracy," which was part of the "Moment of Truth" Lifetime series on NBC. In 1996, she starred in another entry in the series, "Justice for Annie." McKellar closed out the 90s with appearances in episodes of "Love Boat: The Next Wave," "Working," and "Random Play."

From 2000 to 2004, McKellar had a recurring voice role on the animated superhero series "Static Shock." During this time, she also had a recurring role on season four of the political drama "The West Wing," playing the assistant of the Deputy White House Communications Director. Subsequent credits included a wide range of shows such as "Century City," "Eve," "NCIS," "NYPD Blue," "Strong Medicine," "How I Met Your Mother," "Inspector Mom," and "The Big Bang Theory." In 2010, McKellar began voicing the part of superhero Miss Martian on the animated series "Young Justice"; she has also lent her voice-acting skills to "Generator Rex," "G.I. Joe: Renegades," "DC Super Hero Girls," and "Shimmer and Shine." From 2015 to 2017, the actress had a main role on the Netflix original educational series "Project Mc2."

Hallmark Channel: On top of her regular television appearances, McKellar has made a name for herself as a regular Hallmark Channel movie actress. On the network, she has starred in such films as "Crown for Christmas," "My Christmas Dream," "Wedding Bells," "Campfire Kiss," "Very, Very, Valentine," "Love and Sunshine," "Christmas at Dollywood," and "Matchmaker Mysteries: The Art of the Kill," among others. The actress' prolific career in Hallmark movies was referenced in the 2019 whodunit film "Knives Out." 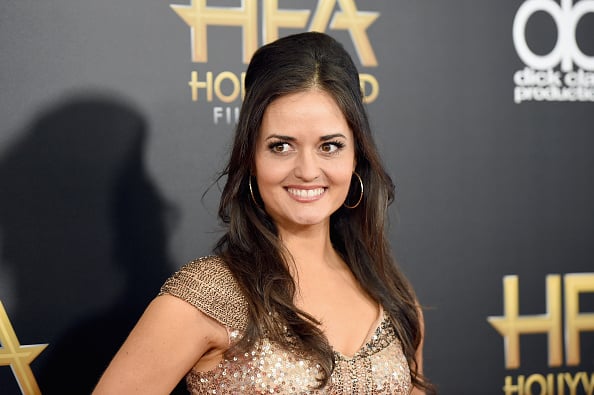 Film Career: McKellar made her big screen debut in the 1992 action film "Sidekicks," starring Chuck Norris. She wasn't on film again until 2001, when she starred in the thrillers "Good Neighbor" and "XCU: Extreme Close Up." This was followed by "Black Hole," "Jane White is Sick & Twisted," "The Year That Trembled," and the comedy "Raising Genius." Subsequent credits have included the horror film "Hack!"; the war film "21 and a Wake-Up," costarring Amy Acker and Faye Dunaway; the drama "Where Hope Grows"; and "The Fiddling Horse." Additionally, McKellar has done voice roles for the animated direct-to-video films "Scooby-Doo! Abracadabra-Doo," "Superman/Shazam!: The Return of Black Adam," and "The Jetsons & WWE: Robo-WrestleMania!"

Career as Author: As an author, McKellar has written a number of math books designed to encourage girls and young women to improve and gain confidence in their mathematical abilities. Her debut book, "Math Doesn't Suck: How to Survive Middle School Math without Losing Your Mind or Breaking a Nail," made it to the New York Times' bestsellers list. This was followed by "Kiss My Math: Showing Pre-Algebra Who's Boss," "Hot X: Algebra Exposed," and "Girls Get Curves: Geometry Takes Shape."

Personal Life: In 2001, McKellar began dating composer Michael Verta; in 2009, they were married. After having a son, Draco, in 2010, the couple divorced in 2012. Two years later, McKellar got engaged to Scott Sveslosky, who works for a Los Angeles legal firm. They married in Kauai, Hawaii in November of 2014.

Honors: In mid-August 2007, McKellar was named "Person of the Week" on ABC's "World News with Charles Gibson," in recognition of her mathematics books. In 2014, she was bestowed with the Communications Award by the Joint Policy Board for Mathematics. This award honored not only her books, but her blog and her public appearances, all of which were cited with making math more interesting and accessible for adolescent students. 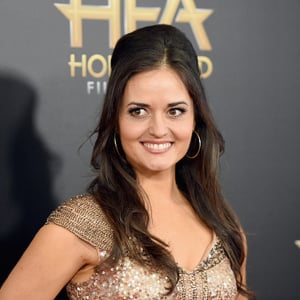