Dania Ramirez net worth: Dania Ramirez is a Dominican American actress who has a net worth of $3 million dollars. She is perhaps best known for roles on television shows "The Sopranos", "Devious Maids" and "Heroes".

Dania Ramirez was born in Santo Domingo, Dominican Republic, and knew that she wanted to pursue an acting career when she was a child. She began her professional career as a model when she was in her early teens, and then began appearing in commercials. She moved to New York City to study acting, and subsequently graduated from Montclair State University. She then relocated to Los Angeles to focus on her acting career full time. She has worked steadily in both film and television projects, including such films as "25th Hour", "She Hate Me", "X-Men: The Last Stand", "Quarantine", "American Reunion", and "Premium Rush". She has appeared in such television projects as "Buffy the Vampire Slayer", "Run of the House", "The Sopranos", "Entourage" and "Heroes". She was a series regular on Heroes, appearing in 15 episodes. From 2013 until 2016 she starred on the hit series, "Devious Maids". She was a main role actress on the series, appearing in 49 episodes during its run. 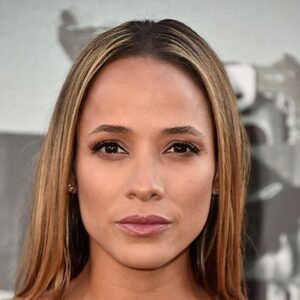