Dane DeHaan net worth: Dane DeHaan is an American actor who has a net worth of $750 thousand. Dane DeHaan was born in Allentown, Pennsylvania in February 1986. He appeared in community theater in high school and graduated from University of North Carolina School of the Arts. He was an understudy for Haley Joel Osment in American Buffalo on Broadway.

He first appeared in 2003 on A.K.A.: It's a Wiley World! and his first television appearance came in 2008 on Law & Order: Special Victims Unit. In 2010 DeHaan starred as Jesse D'Amato on the TV series In Treatment. He has starred in the movies Amigo, Chronicle, Jack and Diane, Lawless, Lincoln, Kill Your Darlings, The Place Beyond the Pines, Metallica Through the Never, Life After Beth, and The Amazing Spider-Man 2. DeHaan will be reviving the role of Harry Osborn/Green Goblin in The Amazing Spider-Man 3. Dane DeHaan is also scheduled to play the role of James Dean in the upcoming film Life. In 2013 Dane won a Hamptons International Film Festival Award for Breakthrough Performer. He was also nominated for a BAFTA Award and a Gotham Award. Dane married actress Anna Wood in 2012. 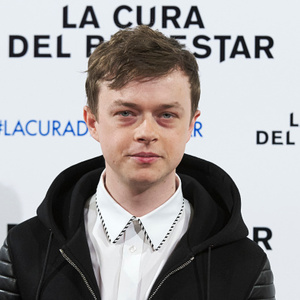