How much is Danai Gurira Worth?

Danai Jekesi Gurira net worth and salary: Danai Gurira is a Zimbabwean-American actress who has a net worth of $4 million dollars. Danai Jekesi Gurira was born in Grinnell, Iowa, and moved to Zimbabwe with her family when she was five years old. She went on to graduate from Macalaster College and then earned an MFA from New York University. She began her professional career onstage, winning numerous awards for her work in the 2005 production of "In the Continuum", an Off-Broadway play that she also wrote. From there, she began adding film and television credits to her resume. She has since appeared in such projects as "Law & Order: Criminal Intent", "The Visitor", "Ghost Town", "Life on Mars", "American Experience", "Lie to Me", "3 Backyards", "My Soul to Take", and "Restless City". She also had a recurring role on "Treme" and has continued to work in the theater, appearing in "The Convert", which she also wrote. She is currently co-starring on the hit series, "The Walking Dead". In 2017 she appeared in the biopic about Tupac "All Eyez on Me" as Tupac's mother, Afeni Shakur. 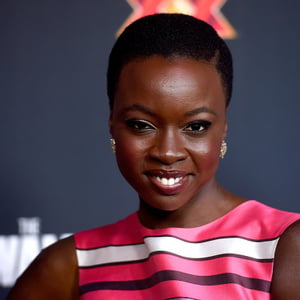