Dana Gourrier net worth: Dana Gourrier is an American actress and singer/songwriter who has a net worth of $2 million. Dana Gourrier was born in New Orleans, Louisiana and graduated from the California Institute of the Arts. In 2013 she starred as Chantal in the television series American Horror Story.

Gourrier starred as Cathleen in the TV series True Detective. She had a recurring role as Antoinette Gibbs in the series The Astronaut Wives Club in 2015. Gourrier has starred as Phoebe in the television series Togetherness since 2015. She has starred in the movies Bullet to the Head, Django Unchained, Broken City, From the Rough, The Butler, Dermaphoria, Maggie, The Runner, and The Hateful Eight. Gourrier has also appeared in episodes of the TV series Treme, Memphis Beat, Common Law, Ravenswood, and Red Band Society. 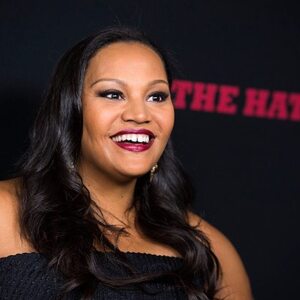